After years of refining her craft behind the scenes, Mindy arrived fully-formed with her 2004 critically acclaimed debut, One Moment More, and its hit single ‘Come to Jesus.’ Long Island Shores (2006) garnered still more raves from the critics: ‘Smith’s best songs sound like little miracles,’ crowed USA Today. The following year, she brought that same level of excellence to My Holiday, which the New York Times hailed as, a ”thoughtful collection from a great singer-songwriter who knows how to evoke the feeling of warm rooms on cold nights.’ After those triumphs, Smith slowed down for a while. ‘I took about two years off, and over that time, I just collected these songs.’ She wrote only when she felt compelled to pick up her guitar. ‘There are times I’ll write three songs in a week, and then I won’t write at all for a month or two.’ Ultimately, she went into the studio with roughly twenty-five new tunes completed; she still hopes to record the ones that didn’t find a home on Stupid Love. 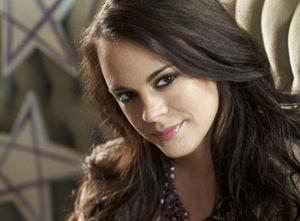