Critics have had a hard time assigning Tess’s music to a specific genre; when she still lived in Boston she won a Boston Music Award for ‘Outstanding Folk Artist of the Year’ (2008), in 2009 she received a nomination for ‘Best Jazz Act’, and in 2010 was nominated for ‘Best Roots Act’ by the Boston Phoenix. Miss Tess & The Bon Ton Parade not only played in most venues in Boston, but are also hardened road warriors who have found homes in all types of venues ranging from upscale jazz clubs, music festivals, to local dive bars. Darling, oh Darling, the fifth release from Miss Tess, shows the performing artist and songwriter transcending the retro-label often appended to her music in the past. Although the music maintains a certain feeling of nostalgia, upon a few listens one will find unique personality and a fresh approach in these original compositions. The new album makes use of varied instrumentation including country-tinged pedal steel, a three part horn section, barroom piano, and a lonesome banjo. Miss Tess says about the compositions, ‘I wanted each song to be recorded like I heard it in my head, whether or not we had those instruments in the regular performing band’. The album, as well as the stage show for that matter, is interspersed with up-tempo playful ditties, mournful love songs, and offbeat charmers. 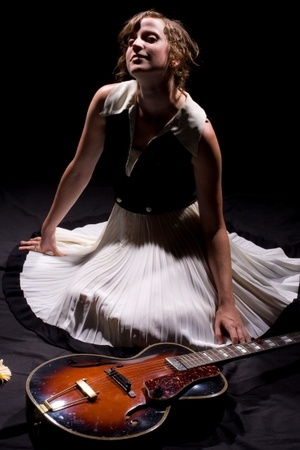