Matson Films is extremely excited to announce the release of MUSIC FROM THE BIG HOUSE, an amazingly powerful documentary that follows a legendary blues woman on a quest for redemption through music. ‘WOW! A film that anyone with hope in his heart will appreciate.’ wrote Blog Critics. See Magazine says, ‘You won’t be the same once you’ve seen it.’ And Cine Source Magazine wrote, ‘Excuse me for gushing, but documentary filmmaking does not get any better than this.’ This is one of those documentaries that deserve to be seen by everyone. In MFTBH, Rita Chiarelli, Canada’s Queen of the Blues, takes a pilgrimage to the birthplace of the blues, Louisiana State Maximum Security Penitentiary a.k.a Angola Prison – what used to be the bloodiest prison in America. Rita’s trip turns into a historic jailhouse performance – playing with inmates serving life sentences for murder, rape and armed robbery. Their shared bond of music, and Chiarelli’s ebullient personality, draw striking revelations from the inmates. Rather than sensational stories of convicts, we witness remarkable voices of hope as their love of music radiates humanity and redemption on their quest for forgiveness. Rita Chiarelli, Canada’s most highly acclaimed female roots and blues artist, has just released Sweet Paradise, her 8th recording. With a JUNO (a Canadian Grammy) award and 4 subsequent JUNO nominations, she is known across Canada as the ‘Goddess of the Blues.’ Chiarelli is a gifted songwriter and an entertaining performer, but it is her soaring 3 octave voice that sets her apart from her peers, inspires awe and often tears in her audiences. 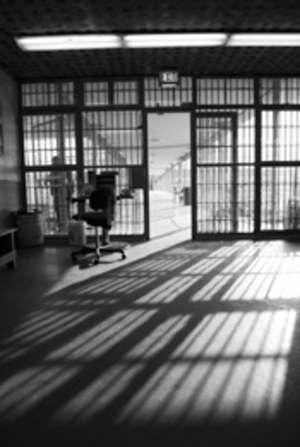