NEAL & THE VIPERS are a Rhode Island based band who play American Roots Music encompassing blues, rock & roll, rockabilly, and surf, that will get you up out of your chair to dance all night long!  When the show is over, you will feel full of energy and looking forward to catching the next show.

The Vipers are professional musicians; all experts in their instruments with decades of playing experience that is one of the keys to their amazing performances.  You can feel the chemistry between them as they play hits from their many original songs off their CD’s as well as covering classic songs such as “Little Wing,” “Hey Joe,” “Right Place Wrong Time” and instrumentals like “Sleepwalk” and “Pipeline.”  The Vipers always put their own spin on these classic songs, making them their own.  Some fans even say that they enjoy hearing their versions better than the original.

Maybe you’re thinking, how did it all begin?  Neal Vitullo, lead guitarist and Dave Howard, lead vocalist are the original founders of what started as “Young Neal and the Vipers” in the early 1980’s.  Steve Bigelow joined the band a few years later and they played all over the north east and regularly in New York City and that was where they caught the attention one night from the Atlantic Record founder & president Ahmet Ertegun, who signed them to their label in 1989.  That same year they were signed to Atlantic Records they played 300 shows.

Steve Bigelow and Dave Howard decided to leave the Vipers back in the early 90’s to pursue other projects and Neal continued as lead vocalist and lead guitarist, playing as a trio with The Vipers.  Neal never stopped recording CD’s and touring as far west as Texas and also all over Europe.  Neal was signed by Bob Greenly to King Snake Records for the next 4 albums, and 2 self-produced Live CD’s between 1991-2012, The Vipers also have tracks featured in 9 other compilation albums released by Big Noise from 1992-1998.

Current drummer Mike LaBelle joined the Vipers in 2003 when The Vipers were still a trio until Dave Howard and Steve Bigelow reunited with Neal in 2010, coming “full circle.” October of 2010, after 20 years of not sharing the same stage together, Neal, Dave, and Steve reunited together with Mike on drums to play at the Knickerbocker Cafe in Westerly, RI.  Soon after, they recorded the 8th CD “Full Circle.”

Today, NEAL & THE VIPERS continue to play shows every week and they finished their 9th CD, “One Drunken Kiss” that was released June 1, 2018 and is available for sale on this website online store and at all shows.

About the opener, Black Cadillac Trio:

Raw, stripped down music for the modern fan with roots in classic blues, rock and soul with a touch of country twang. The band’s mix of eclectic covers and original songs has been well received by reviewers, local venues and music lovers alike. 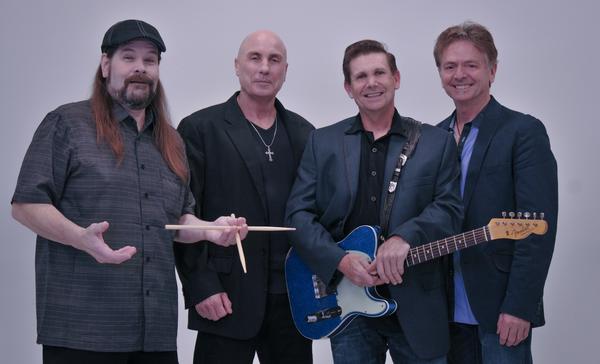