Neil Innes is an English writer and performer of comic songs, best known for his collaborative work with Monty Python, The Bonzo Dog Band, and The Rutles. In the mid-1970s, Neil became closely associated with Monty Python’s Flying Circus, and played a major role in performing and writing songs and sketches for the final series in 1974 (after John Cleese had left). Neil wrote all the songs for Monty Python and the Holy Grail, and appeared in the film as a head-bashing monk, the serf crushed by the giant wooden rabbit, and the leader of Sir Robin’s minstrels. He also had a small role in Terry Gilliam’s Jabberwocky, and performed with the Pythons on stage, including at their legendary Hollywood Bowl concert. Because of these long-standing connections, Neil is often referred to as ‘the Seventh Python’. 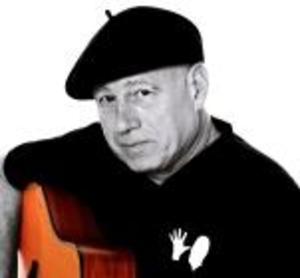