New York and Boston Rivalry has been around since this country was founded not just in sports, bootleggers and politics but also on the comedy front. With different styles each city has produced the best comics in the world. Boston has had amazing rapid fire comics as: Steven Wright, Denis Leary, Jay Leno, Louis C.K., Dane Cook, Bill Burr, Lenny Clarke, Conan O’Brien, Nick DiPaolo, Mario Cantone, Don Gavin, and the list continues. New York is the breeding ground for talent and most comics will spend time there if they want to become famous. New York born Comics include: Jackie Gleason, Rodney Dangerfield, Jon Stewart, Chris Rock, Jerry Seinfeld, Andy Kaufman, Andrew Dice Clay, Adam Sandler, Ray Romano, Kevin James, Greg Giraldo, Woody Allen, Rosie O’Donnel, George Carlin, Al Frankin, Eddie Murphy and many more. Now, some of New York and Boston’s best Comedians are going to meet and face off @ The Narrows Center for the Arts! TEAM BOSTON – Mike Donovan Originally from South Boston, Mike attended the University of Massachusetts in Amherst. He graduated from Career Academy School of Broadcasting in 1973 and was a top-40 DJ at WEKT-FM in Hammondsport NY in 1974-1975. Mike got his first stand-up comedy gig at Corning NY and became a full time stand-up comedian in 1978. Donovan is also a writer whose articles have been published in the Boston Globe, Boston Herald and Sports Collectors Digest. He has also worked as a reporter for Sports Illustrated, and was a radio talk show host on WTTK-FM Boston in 2008. Mike appears regularly at the Comedy Stops at the Sahara Las Vegas and the Tropicana Atlantic City. TEAM NEW YORK – Sean Lynch Sean has been on MTV, Spike TV, Firebrand TV, Comedy Central, Pilot for VH1 and has been seen at the premier comedy clubs in NYC that include Caroline’s, Broadway and the Underground Comedy Lounge. Don’t miss his hilarious stand up and characters on drinking, being Irish, friends, pop culture and everything else. —– Special Guest: Mike McDonald Mike has been seen on HBO, Showtime and Comedy Central and has performed in 50 countries entertaining our troops with the USO. & Your Host : MARK RICCADONNA 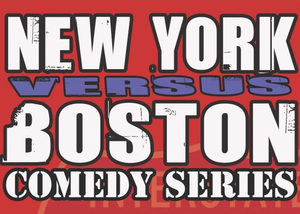