Those who have seen Nikki Hill sing her ass off agree’this isn’t just another newcomer on the scene, this is a ‘whiplash’ moment. Where did this fireball come from? Why haven’t I heard of her before? If you haven’t heard of Nikki Hill yet, you soon will, and once you see her perform, you won’t forget her. Hill and her band (who Nikki deems ‘The Pirate Crew’) are climbing to the top of the roots music scene step by step and leaving jaws on the floor along the way. With a no-filter energy, they take all the flavors of American roots music and deliver a sound that will make you believe in rock and roll again! Nikki’s gritty and raw voice with Stax soul dynamics, driving rhythm guitar from Matt Hill, and a tight rhythm section provided by Ed Strohsahl and Joe Meyer come together and make a sound that just sounds like the truth. Hailing from Durham, North Carolina, Nikki comes by her Deep South soul honestly. Her musical roots began while singing in gospel choirs at church as a child. A stint living in nearby college town Chapel Hill introduced her to many different styles of music and the awareness of music (and more importantly, unique and non-mainstream music) as a possible career. After pairing up with her guitar-playing husband Matt Hill, they have made an unstoppable team and have established themselves as roots rock and roll powerhouses! Neal McCarthy has been rocking New England for close to 25 years. He mixes blues/soul and straight out rock and roll into his own musical vision. He is a sensitive soul who feels the music and brings audiences into his world. He has opened many shows at the Narrows, usually solo. This is a chance to see him with a full band. 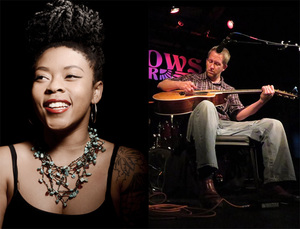