Originally formed on the ABC/MTV reality show Making The Band, which chronicled their formation and rise to fame, O-Town became the first signing to legendary music industry executive Clive Davis’ newly formed J-Records. Their eponymous debut album sold more than three million copies and spawned two Top 10 hits with “Liquid Dreams” and “All or Nothing.”After a crash course in the music industry in their early twenties, Trevor Penick, Jacob Underwood, Erik-Michael Estrada, and Dan Miller are now finally reunited as friends with a renewed passion for performing and making music together. The band has performed a series of sold out shows since their reunion in 2013 and we’re delighted to have them perform at the Narrows Center as part of their summer tour.

Ryan Cabrera is the platinum-selling singer/songwriter and architect behind ubiquitous smashes such as “On the Way Down,” “True” and “Shine On,” as well as albums including 2004’s Take It All Away, which hit #8 on the Billboard Top 200, You Stand Watching (2005), and The Moon Under Water (2008). Ryan was asked to join O Town for this tour and is delighted to be on the road with them. 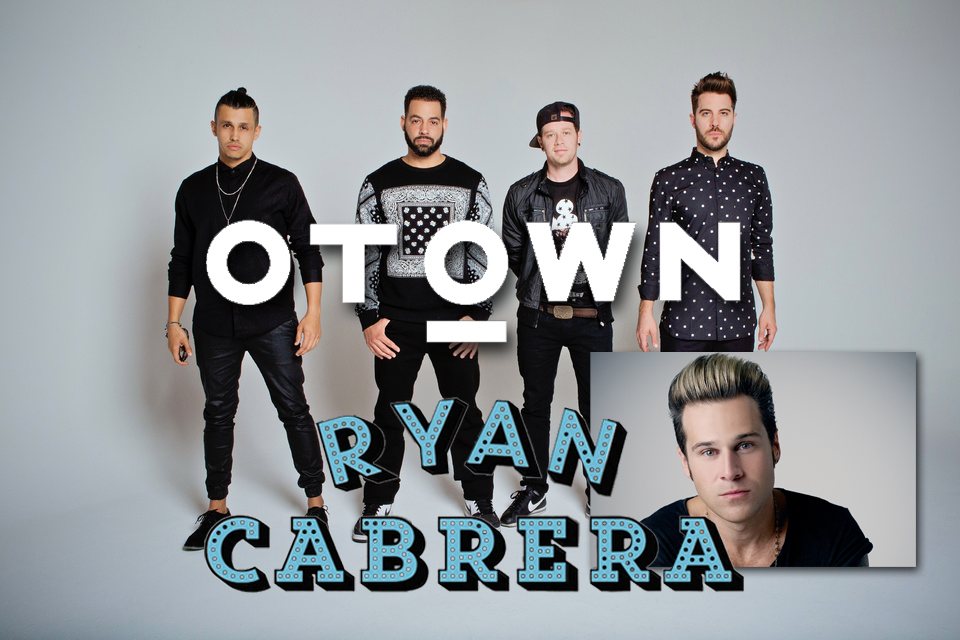