The Long Surrender, the new studio album from the southern Ohio-based husband-and-wife team of multi-instrumentalist/vocalist Linford Detweiler and vocalist/multi-instrumentalist Karin Bergquist, otherwise known as Over the Rhine, is something rare and wondrous ‘ an intimate epic. Shot through with the joys and sorrows of modern-day existence and the unchanging fundaments of the human condition, the album has the feel of a living thing, senses alert, feet planted firmly on terra firma. The album title ‘speaks to our ongoing desire to let go of certain expectations (and much of what we are so convinced we know for sure) in favor of remaining open and curious,’ Karin explains. ‘It seems like many of our friends are currently wrestling with various forms of ‘letting go,’ so hopefully, the ideas conjured by the title feel somewhat universal. And I think the title speaks to the arc of a lifelong commitment to writing and performing regardless of recognition. Learning when to work hard and when to let go. Learning to leave room for grace to billow our sails occasionally. Learning not to white-knuckle everything.’ The fan-funded record, to be released on OtR’s own Great Speckled Dog label (named after the couple’s Great Dane, Elroy), will see the light of day 20 years after their 1991 debut. It’s the bountiful result of a collaboration between the couple and producer Joe Henry, whose songs and recordings they’ve long admired. ‘Joe has been quietly making records (well, not that quietly; he has won at least two Grammys) that don’t sound like other records being made in 2010,’ Linford points out. ‘They are a little bit dark and cinematic and funky and unpredictable. It seems like he loves to help performers who have already covered a lot of miles ‘ people like Mavis Staples, Elvis Costello, Allen Toussaint, Solomon Burke, Loudon Wainwright III, Ramblin’ Jack Elliot, Mose Allison ‘ rediscover the soul of what they do in new light.’ The Long Surrender was recorded at Henry’s Garfield House Studio in South Pasadena. 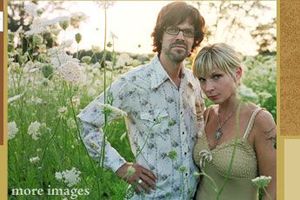