American Songwriter says their new album Blooming Through The Black “captures both the live energy the band has come to be known for as well as the sonic evolution that occurred after months of feeling stagnant.” WNYC Soundcheck says that “the quintet Parsonsfield is based in western Massachusetts, but their music draws on the string bands of Appalachia. At least in part. They also like to crank up the amps and pin your ears to the wall.”

Folk Alley says “a lot of string bands like to talk about how they are innovating, but Parsonsfield actually delivers on that promise…their sound kick out the windows of what most people think of folk and bluegrass.”
Catch Parsonsfield onstage any night and the band’s joy is palpable. They trade instruments, share microphones, and shoot each other big grins. They sing in tight multi-part harmonies, their voices blending like they’ve been doing this together all their lives. That’s because Parsonsfield is a family band, not by birth but by choice.Sam Kassirer (Josh Ritter, Lake Street Dive, Elephant Revival) produced Blooming Through The Black, the band’s third release on Signature Sounds, and also helped Parsonsfield convert an old axe factory on the banks of the Farmington River in Connecticut into the studio where they would record the stirring new album. Creating in such a unique and enormous space pushed the band to embrace understatement and subtlety to balance out their natural exuberance and energy. 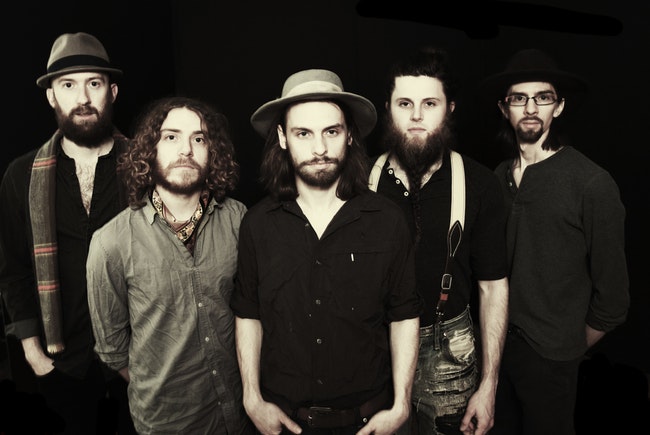