Since the critically acclaimed 1976 debut album featuring his own brand of high quality seventies guitar rock and roll, Pat Travers has gone on to deliver melodic eighties rock, a blues period throughout most of the nineties, noted performances with various power trio’s during the first few years of the new Millennium, and a full blooded return to the trademark Pat Travers Band sound as he entered his fifth performing and recording decade. His biggest hits include ‘Boom Boom Out Go the Lights’ and ‘Snortin’ Whiskey.’

“Pat Travers was the man, and you gained respect for knowing his songs. Back then, it was hard to get much better than Pat Travers and Pat Thrall on guitar, Peter “Mars” Cowling on bass, and the powerful double bass drumming of Tommy Aldridge. “Boom Boom (Out Go The Lights)” was all over the radio, and “Makin’ Magic” and “Hooked On Music” were the tunes that the hardcore players pillaged for guitar licks. “Snortin’ Whiskey” was released on the Crash and Burn album and became a Top 20 hit. ” 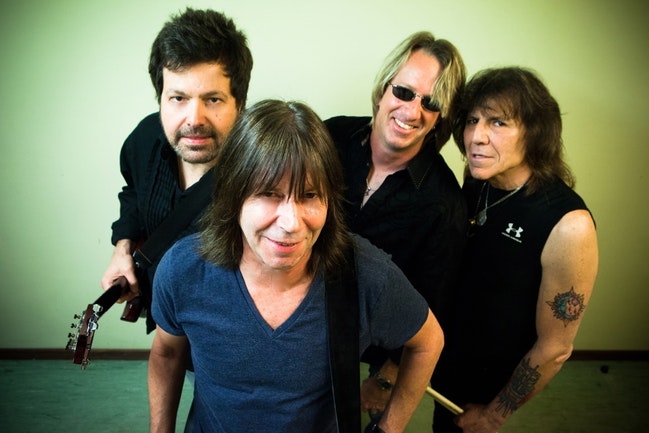