Join them for their “Excellent Adventure” tour, as they take you on a multimedia, multi-instrumental and multi-talented journey of music from their respective careers, including a selection of live scores performed to film.

This promises to be an evening not to be missed.

Paul Bielatowicz is best known for his virtuoso guitar work with some of the biggest names in progressive rock. He’s played, recorded and toured the world with the likes of Carl Palmer (ELP, Asia), Neal Morse (Spock’s Beard), Mike Portnoy (Dream Theater), Paul Gilbert (Mr. Big) and Les Paul…to name just a few. His 2014 debut solo album, “Preludes & Etudes,” saw him stripping the electric guitar back to basics, presenting it as a classical instrument – no overdubs, effects or studio tricks: just a guitar, an old amp and raw virtuosity. 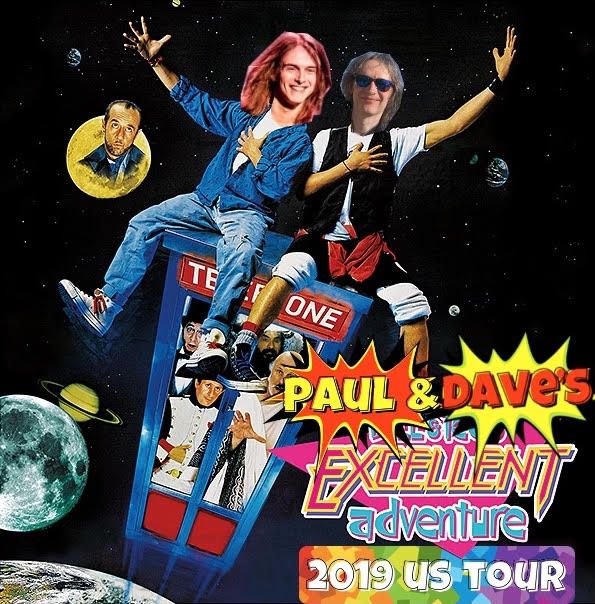