Premiering their original soundtrack to the 1922 classic silent movie Nosferatu!After last year’s jaw dropping performance, guitarist Paul Bielatowicz and bassist Simon Fitzpatrick return to the Narrows for a night of music you won’t forget! Aside from their own solo work, Paul and Simon have been members of legendary drummer Carl Palmer’s touring band for several years and have performed over 500 gigs in 30-plus countries around the world. Individually, they have also performed and toured with such musicians as Dream Theater, Neal Morse (of Spock’s Beard), Joe Lynn Turner (Rainbow, Deep Purple), Kee Marcello (Europe) and Les Paul. For this special show, Bielatowicz and Fitzpatrick will take you on their usual rollercoaster ride of classical virtuoso showpieces – all played as you’ve never heard them before! Plus, as a special feature, they’ll be premiering their original soundtrack to the 1922 classic silent movie Nosferatu, performing it live along with screening of the first 30 minutes of the film. This promises to be an event like no other!

Paul Bielatowicz is best known for his virtuoso guitar work with some of the biggest names in progressive rock. He’s played, recorded and toured the world with the likes of Carl Palmer (ELP, Asia), Neal Morse (Spock’s Beard), Mike Portnoy (Dream Theater), Paul Gilbert (Mr. Big) and Les Paul…to name just a few. His 2014 debut solo album, “Preludes & Etudes,” saw him stripping the electric guitar back to basics, presenting it as a classical instrument – no overdubs, effects or studio tricks: just a guitar, an old amp and raw virtuosity.

Simon Fitzpatrick has toured and recorded with Jennifer Batten (Michael Jackson, Jeff Beck), Carl Palmer (ELP, Asia), Joe Lynn-Turner (Rainbow, Deep Purple, Yngwie Malmsteen), Kee Marcello (Europe) and Michael Hill (B.B. King) among others. Not content with simply being in the background, Fitzpatrick has always tried to take bass guitar playing as far as possible. Using all six strings of his extended range instrument, he performs as a lead player, a soloist or polyphonic accompanist. He has released two solo bass guitar albums. You’ve never seen or heard a bass guitar played like this before. 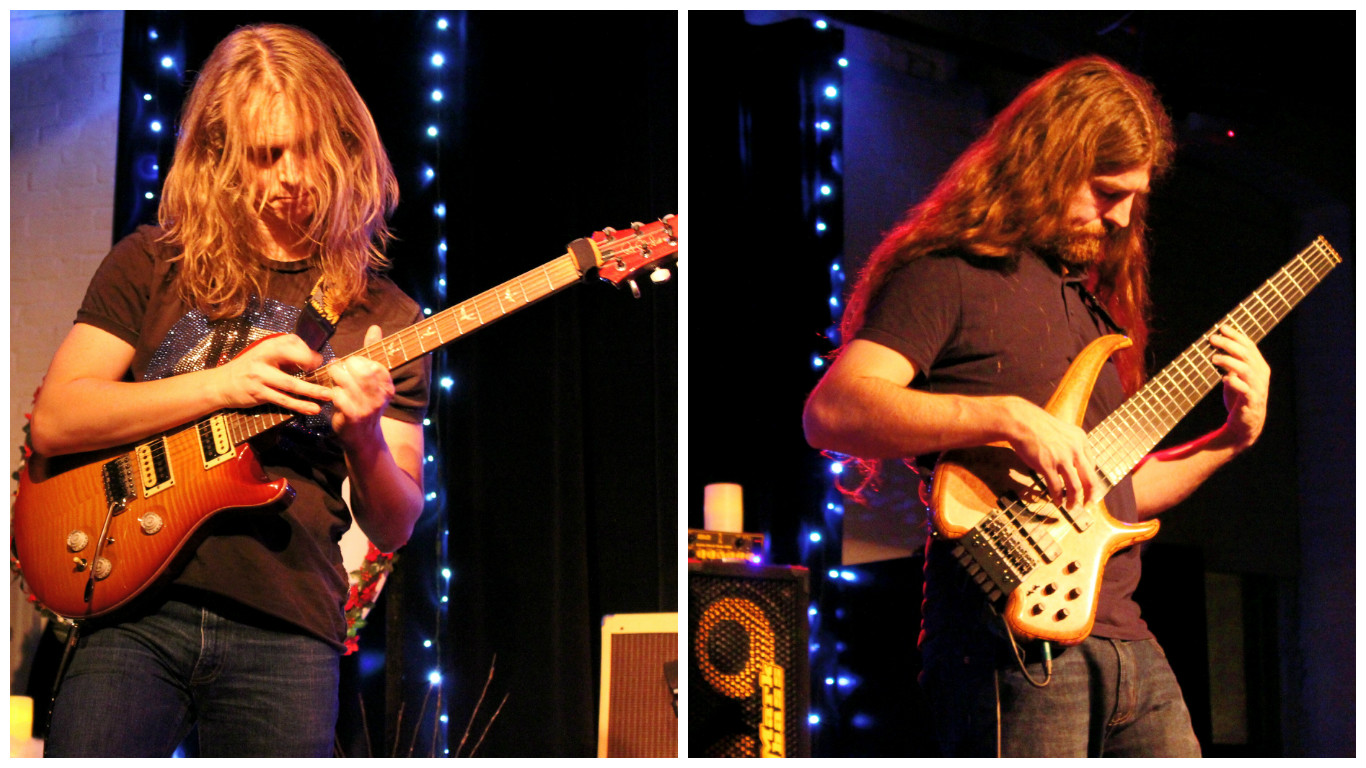