Paula Poundstone is one of our country’s preeminent comedians, known for her smart, observational humor and spontaneous wit that has become the stuff of legend. She tours regularly performing over 85 shows a year.

Paula is also an Author, Lecturer, Host, and Actress. In her second book, The Totally Unscientific Study Of The Search For Human Happiness (Algonquin Books) she asks the question, “Is there a secret to human happiness?” She offers herself up as a guinea pig in a series of “totally scientific” experiments, recording her data for all mankind. Kirkus Reviews calls it, “A deeply revealing memoir in which the pathos doesn’t kill the humor—delivers more than it promises.”  The book debuted at #1 on Amazon best sellers lists in Humor in Hardcover, Audible, Kindle and CD within its first ten days of release and is now out in paperback. The audio book, read by Paula, was one of five finalists for the 2018 Audio Book of the Year.

Paula is a popular panelist on NPR’s # 1 show, the weekly comedy news quiz, Wait, Wait…Don’t Tell Me!  Her new weekly podcast for Maximum Fun, Nobody Listens to Paula Poundstone, is a comedy field guide to life. Each week Paula and her co-host, Adam Felber, a friend and fellow panelist on Wait Wait…Don’t Tell Me! bring on leading expert guests and use their unique comedic sensibility to help us navigate life in the 21st century. Along the way, Paula attempts to explain existence through her kaleidoscopic perspective, and Adam tries to interject some rationality.

Paula’s guest appearances include The Late Show with Stephen Colbert, Star Talk with Neil deGrasse Tyson, Late Night with Carson Daly, Nerdist with Chris Hardwick, and she was a clue in a New York Timescrossword puzzle.  She’s filed commentaries for CBS Sunday Morning, and Morning Edition and All Things Considered for NPR. She voices the character “Paulette” in Cartoon Network’s new animated series Summer Camp Island. An avid Disney movie fan, Paula had a dream come true when she was cast to voice the character “Forgetter Paula” in Disney/Pixar’s Inside Out, winner of the 2017Academy Award for Best Animated Feature Film.

Paula has had numerous HBO specials and starred in her own series on HBO and ABC. Her second special for HBO, Paula Poundstone goes to Harvard, marked the first time the elite university allowed its name to be used in the title of a television show.

Paula was the first woman, in its then 73rd year, to perform standup comedy at the White House Correspondents’ Dinner. She won an American Comedy Award for Best Female Standup Comic and is recognized in innumerable lists, documentaries, and literary compendiums noting influential standup comedians of our time. 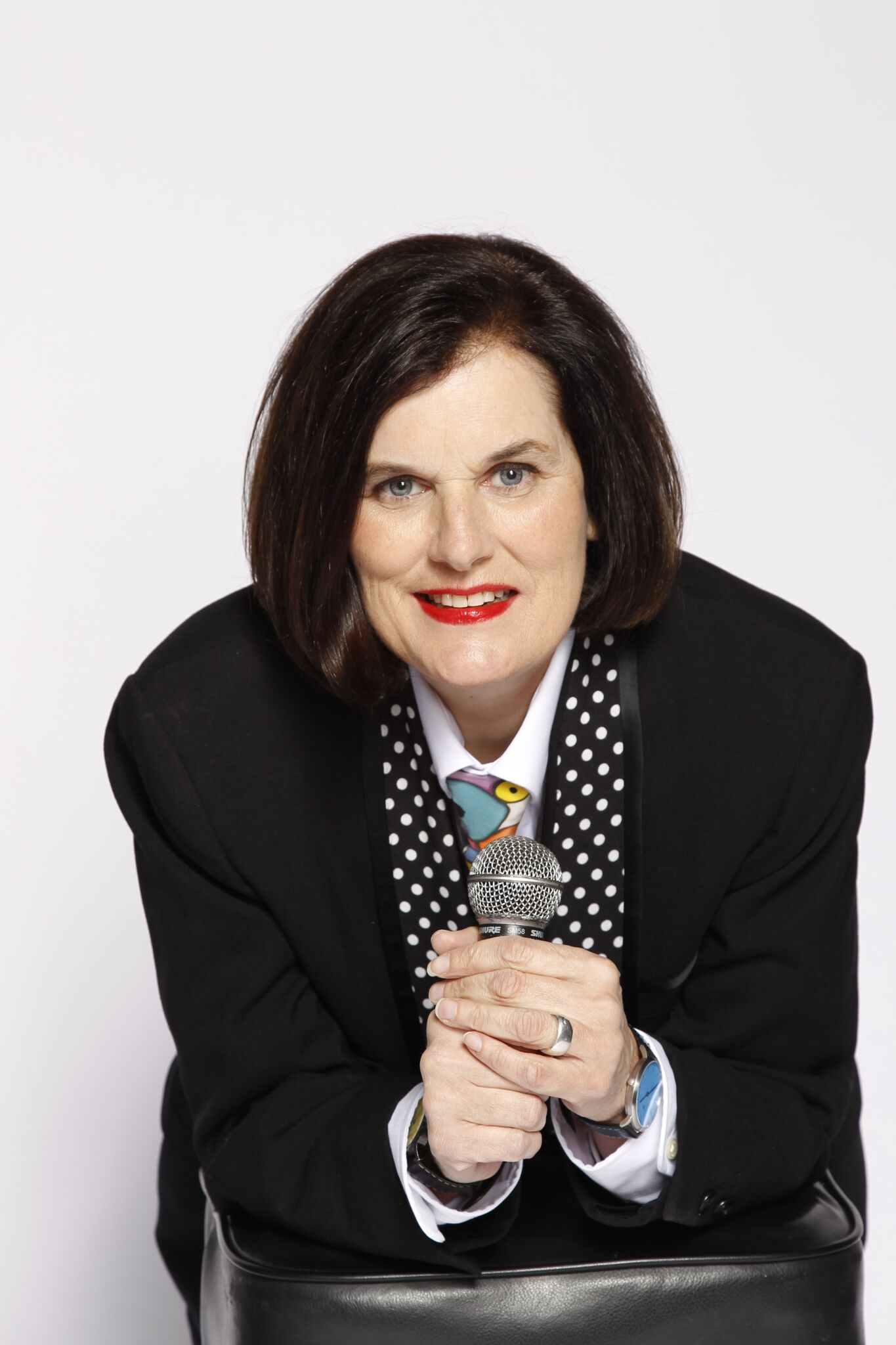