New England has long had a rich tradition of Celtic-inspired music. Having celebrated their 27th anniversary in 2010, the Rhode Island-based ensemble Pendragon has embraced that tradition and created a timeless sound of its own, performing roots music with an unmistakable contemporary edge. Pendragon’s music celebrates the lives and lore of generations of New Englanders who brought traditions from Ireland, Scotland, French Canada and other distant shores to the banks of the Blackstone River. Past tributes include three straight Boston Music Award nominations for Outstanding Celtic Act and a Governor’s Tourism Award. Pendragon was voted Rhode Island’s Best Celtic Act in the 2010, 2009, 2008, 2007, 2006 AND 2005 Motif Magazine’s Best Music Poll. 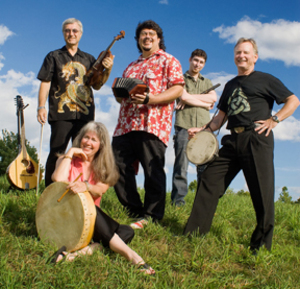