Pete is a singer-songwriter based in New York City. He began his career with the band Dispatch. For almost ten years, the three members of Dispatch released four studio albums, a live CD, and a DVD under their own label, Bomber Records. They gained dedicated fans without the assistance of a major record company and became pioneers in the music industry, playing to capacity at major venues across the country and selling more than 600,000 albums. In 2004 Dispatch celebrated a remarkable eight-year run by performing a farewell show in Boston, MA. Over 110,000 fans were in attendance, making it the largest independent music event in history. Three years later, the band reunited at Madison Square Garden in New York City playing three sold-out nights benefiting charities to combat famine, disease, and social injustice in Zimbabwe. They made history once again as the first independent band to headline the Garden. The music did not stop there. Pete Francis has created a soulful catalogue of solo music as well. In his songs a poetic tension exists between textured imagery and pure improvised rock and roll. A Pete Francis record feels like a ride from New York City to the coast of Maine. Sometimes his songs are weightless abstractions. Sometimes they tell the story of experience. 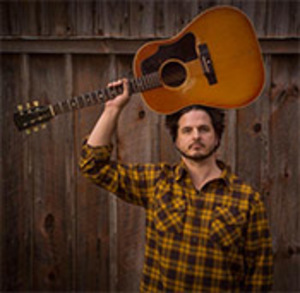