Peter Case, founding member of the Nerves and leader of the Plimsouls, and the first troubadour of the post-punk era, returns with his first album of new songs since 2010’s Wig! The Nerves’ 1976 ‘Hanging on the Telephone’ EP, its title song covered by Blondie, remains a classic and has earned the band a strong following of young fans around the world. The Plimsouls song ‘A Million Miles Away’ is a power pop classic. Case’s debut solo album, produced by T-Bone Burnett, earned him his first Grammy nomination and spearheaded a songwriter movement, now dubbed Americana. Twelve solo albums and two more Grammy nominations followed, including one for his 2007 album Let Us Now Praise Sleepy John. All along, Case has continued to tour consistently. HWY 62, due out October 30, 2015, collects tales from his journey, and brilliantly encompasses every facet of his diverse and critically acclaimed career. Much like a travelogue, HWY 62 includes pieces of Americana, blues, pop, and folk ‘ all anchored by Case’s knack for creating the perfect hook. A songwriter’s songwriter, known for his lyric craft, distinctive voice and soulful songs steeped in classic rhythm & blues, pop, jazz and country, Milton first gained notoriety in his hometown New York City when his song ‘In The City’ became a hit on New York’s WFUV radio. His live performances, which include material from every one of his albums, are praised for their wit, humor, and captivating charm. Milton has toured extensively throughout the states since 2005, as a headliner and appearing as support for Joan Osborne, Steve Earle, Sonny Landreth, Colin Hay, Kat Edmonson, Josh Ritter and many more. He raised over $30,000 on Pledge Music for the making of his most recent CD The Lady at the Bottom of the Hill. In addition to four full-length albums, he has gained a following for his blog (all about classic recordings, music history and songwriting). Milton has spent a good part the last year opening shows all over the country for his friend and mentor Chris Smither. 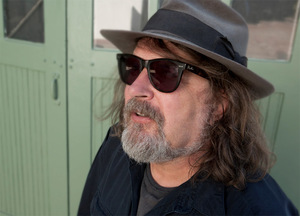