The history of Peter Rowan and Tony Rice is the history of the continuing evolution of bluegrass and its blossoming into a wider range of progressive acoustic music. Rowan began his career as guitarist and lead singer in a particularly potent ’60s incarnation of Bill Monroe’s Bluegrass Boys, and then lent his soulful vocals and rich, spiritually-informed songwriting to a series of ground-breaking progressive roots-music outfits, including Earth Opera (with David Grisman), Sea Train, Muleskinner (with Grisman, Bill Keith, Richard Greene, and Clarence White), and Old and In the Way (with Vassar Clements and Jerry Garcia). Subsequent solo and group projects have proven him to be a visionary creative force, unconcerned with the constraints of boundaries and genres. As one of the premier exponents of flat-picked acoustic guitar, Tony Rice parlayed his initial inspiration from Clarence White and Doc Watson into a legacy of innovation. His early stints with the Bluegrass Alliance and J.D. Crowe and the New South introduced a guitarist with a classic bluegrass sensibility matched with a thirst for experimentation. He was a member of David Grisman’s groundbreaking first quintet, and then set out with a series of solo albums that saw him integrating bluegrass music with elements of jazz, folk, country, and other contemporary forms 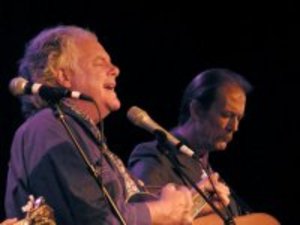