Petroleum Paradox: For Better or For Worse?


The Women’s Caucus for Art exhibition Petroleum Paradox: For Better or For Worse?, juried by Eleanor Heartney will be on view April 6 through May 18, 2013.
Co-President for New York WCA, Marcia Annenberg, states: ‘this exhibit seeks to raise awareness of the imminent danger of uncontrolled climate change, caused by an excessive dependency on fossil fuels… It is our generation that has been called to this task.’
To paraphrase Eleanor Heartney, ” the thoughtful works that comprise this exhibit present questions, such as ‘How do we balance economic development, environmental protection, and geopolitical stability in an ever more precarious world? What are we willing to give up today to avoid catastrophe tomorrow? Where should we commit our resources? How should we define our social and economic priorities?”
The variety of perspectives of the artists involved employ photography, video, painting, and sculpture. These artists reinforce the paradox at the center of our environmental predicament. Heartney notes, human creativity and innovation are at the root of our difficulties, but they are also the source of our potential salvation.
The Women’s Caucus for Art was founded in 1972 in connection with the College Art Association (CAA). WCA is a national organization unique in its multidisciplinary, multicultural membership of artists, art historians, students, educators, and museum professionals. It’s to create community through art, education, and social activism. WCA is committed to recognizing the contribution of women in the arts; providing women with leadership opportunities and professional development; expanding networking and exhibition opportunities for women; supporting local, national and global art activism; and advocating for equity in the arts for all. The Women’s Caucus for Art actively supports the UN Millennium Goals. WCA utilizes art as the universal language to engage artists, NGOS, and civil society on a broad range of issues such as gender equity and environmental sustainability. As a founding member of the Feminist Art Project, WCA is part of a collaborative national initiative celebrating the Feminist Art Movement and the aesthetic, intellectual and political impact of women on the visual arts, art history, and art practice, past and present.
About the juror: Eleanor Heartney, is a Contributing Editor to Art in America and art press and has written extensively on contemporary art issues for such other publications as ARTnews, Art and Auction, The New Art Examiner, The Washington Post, and >i>The New York Times. She received the College Art Association’s Frank Jewett Mather Award for distinction in art criticism in 1992. Her books include: Critical Condition: American Culture at the Crossroads (Cambridge University Press, 1997); Postmodernism (Cambridge University Press, 2001); Postmodern Heretics: The Catholic Imagination in Contemporary Art (Midmarch Arts Press, 2004); Defending Complexity: Art, Politics and the New World Order (Hard Press Editions, 2006) and Art and Today (Phaidon Press Inc., 2008), a survey of contemporary art of the last 25 years from Phaidon. She is a co-author of After the Revolution: Women who Transformed Contemporary Art (Prestel Publishing, 2007), which won the Susan Koppelman Award. Heartney is a past President of AICA-USA, the American section of the International Art Critics Association. In 2008 she was honored by the French government as a Chevalier dans l’Ordre des Arts et des Lettres. Artists: Elaine Alibrandi Krisanne Baker Paul Bouchard Tracy Brown Allegra Burke Donna Catanzaro Alice Dubiel Sally Edelstein Johnny Everyman Terri Garland Carla Goldberg Karen Gutfreund Robin M. Jordan Noreen Larinde Molly Magai Paho Mann Barbara Milman Mitzi Lynn Mize Sandra Mueller Lynnda Pardoe Stefani Rossi Soledad Salame Loredana Sangiuliano Manju Shandler Simone Spicer Greg Stange Deborah Mills Thackrey Lucy Traeger Michelle Waters Margi Weir Jenifer Wightman 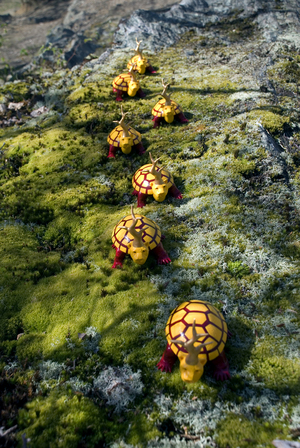