From their handpainted cereal box cd cases to their thoughtful arrangements, Poor Old Shine, a Roots/Americana band from Storrs, CT is about honesty and hand crafted creativity. It’s foot stomping, mind racing, dirty bluegrass like you’ve never heard it before! They travel with an assortment of instruments including guitars, banjos, pump organ, mandolin, string bass, musical saw, washboard, and a yard-sale-scrap-metal drum set. It’s old songs with a new feel, banjos with paint peeled, shoes with holes and treadless soles, and music that is real. The music is rooted in the folk and Appalachian mountain music tradition and fits in well at bluegrass festivals and sticky rock clubs alike. They have been compared to The Avett Brothers, Mumford and Sons, Langhorne Slim, and The Low Anthem because of the changing instrumentation and harmonies. Each set mixes the band’s modern songwriting with traditional folk ballads, prison work songs, and front porch style jamming. ‘I always said that if I didn’t write songs, I’d be covered in tattoos, because every song I write is something I want to remember really badly.’ says Heather Maloney. She has no ink so far. Instead, the Northampton, Mass., singer and songwriter is marking life lessons with music on her new self-titled album, penning tuneful reminders to herself about the little triumphs of love on ‘Flutter,’ the solace of redemption on ‘Turn Yourself Around’ and her firm belief that nothing’s colder than trying too hard to be cool, an idea that inspired ‘Fire for You.’ Heather Maloney, out in March on Signature Sounds, is the third album for a songwriter hailed by The Huffington Post for ‘lyrics that cut to the chase.’ DigBoston wrote that she ‘deserves the type of cult following that has allowed the likes of Aimee Mann and Ani DiFranco that long standing success and influence they have had.’ 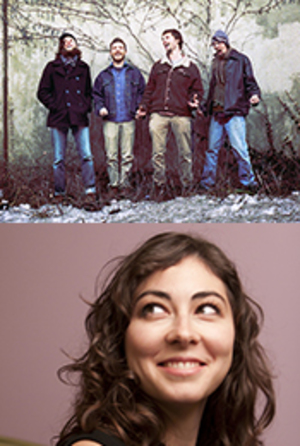