17-year-old Quinn Sullivan is quickly gaining quite a reputation among today’s most respected guitar players and musical artists. He has been touring the world with his mentor and friend, Buddy Guy, promoting his latest cd “Getting There” produced in Nashville with multi-Grammy winner Tom Hambridge.
Since the age of 7, Quinn has been sharing stages with legendary players like Buddy Guy, Eric Clapton, Los Lobos, Joe Bonamassa, and B.B. King at iconic venues like the Hollywood Bowl, Madison Square Garden, and Red Rocks. He has also performed at some of the world’s most prestigious festivals including Montreux Jazz, Austin City Limits, Eric Clapton’s Crossroads Guitar Festival and the Mahindra Blues Festival in Mumbai, India.

Opener: Singer/songwriter/guitarist, F Alex Johnson grew up on Bedford St in Fall River, Mass. in the 1970’s. Starting at the age of 10 he took guitar lessons at Ferreira’s Music Store up The Flint and learned the ways of rock and roll. Through his teen years he performed with numerous Portuguese wedding bands (most notably Marc Dennis and Atlantis) where he came to respect the finer points of a good bowl of Venus Di Milo minestrone and a bottle of port. At 21 he moved two hours west to Northampton, Mass. and began carving out a name for himself in the Pioneer Valley music scene. With his band Drunk Stuntmen he performed at one of the first shows the Narrow’s put on and would return several times through the mid-2000s becoming one of the venue’s most exciting and popular independent bands.

Alex has performed on The Tonight Show and Ellen and has travelled around the globe several times with the senior singing sensations The Young at Heart Chorus, with whom he still regularly performs as lead guitarist on some of the worlds most lauded stages.

His most recent project, Colorway, is a rock trio who has put out two well received, full length albums. The band has opened for Foreigner, The Yardbirds, Matt Schofield and Television’s Richard Lloyd (who called the band “amazing and inspiring”) among many others.

Alex’s solo performances showcase his lead guitar style coupled with a smart pop sensibility rooted in classic rock. A recent opening slot for Ian Hunter and The Rant Band at the Narrows was a huge success and a truly heartwarming homecoming for this Spindle City kid and his beat up guitar. 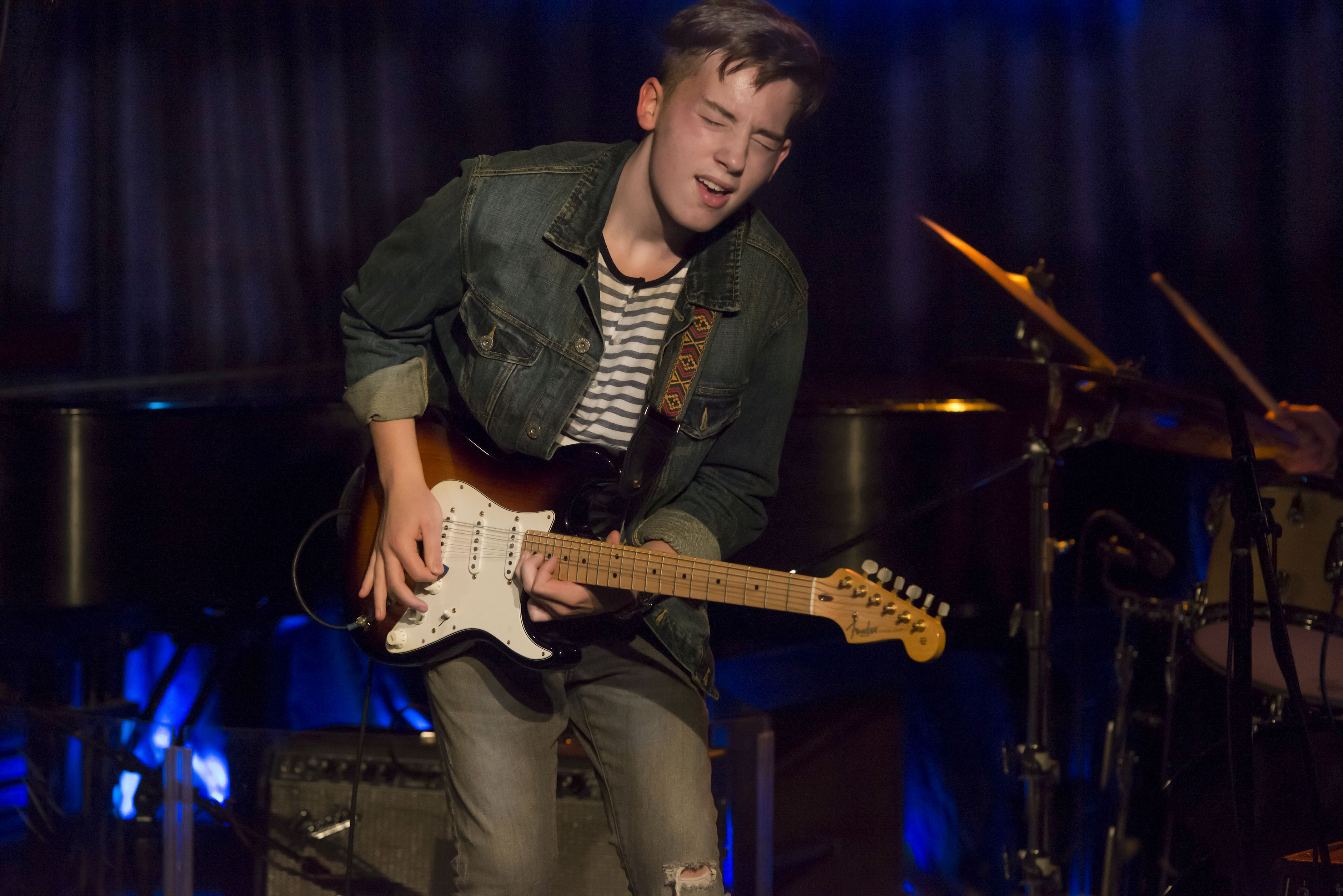