Ramblin’ Jack Elliott is a true American original. Born Elliott Charles Adnopoz, the son of a Brooklyn doctor, Jack has since the early 50s personified the footloose, carefree, hitchhiking, sing for your supper troubadour. He is Woody Guthrie’s spiritual heir and an early inspiration to two generations of fledgling folkies, including his pal from Greenwich Village days, Bob Dylan. He’s a singing cowboy who numbers rodeo stars, range hands, buckaroos, and cowboy poets among his friends and admirers, as well as fellow freethinkers as various as Tom Waits, Robert Duvall, Sam Shepard, and the late Jack Kerouac. Jack is quite possibly at the artistic and creative peak of his career. He continues to collect and pass on stories, to hone his repertoire, and to gain new fans. His friend, the great cowboy poet and singer Buck Ramsey perhaps sums it up best when he says, ‘One of the great things about listening to Jack over the years is to hear how subtly over time he closes in on a song until he owns it, makes it his own so completely that anyone else performs it at his own peril. A good thorough listening will convince most that the vintage Ramblin’ Jack Elliott began about the time he hit sixty a few years back. And he seems to have, perhaps more instinctively than consciously, pared his performing repertoire down to the gather he would have carry him into posterity.’ 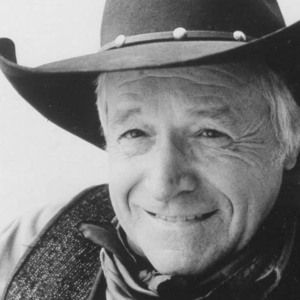