Red Eye Flight is a Rhode Island-based Americana band whose members have been playing together for nearly a decade. While the individual members had been playing in other projects and other genres for decades before that, Red Eye Flight’s sound really came together in 2006 when Tim Murphy (guitar and vocals) and Derek Escher (guitars, mandolin, vocals) met Ken E Taylor (bass, vocals and more). And it developed when Rand Torman (drums) joined in 2010, and Kelly Cleveland added her vocals and percussion in 2011. At its core, the band’s sound rises up out of strong vocal harmonies set against electric and acoustic instrumentation to create soundscapes that evoke this country, from Western highways to the open ocean. A good-old front-porch jam; a hot dusty Highway 17; a seedy Louisiana poolhall with a bad-news beauty; a breezy hill looking out across the Caribbean to a mystical moment’this is Red Eye Flight’s Americana. Red Eye Flight’s first album, ‘Reposado,’ comes out in May 2014. 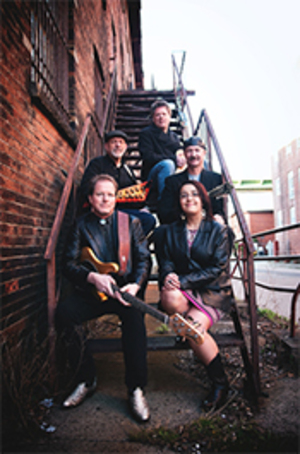