Whenever I write ‘history’ I feel old, but here goes. In some respects it seems like only yesterday that I left my hometown of Yellow Springs, Ohio to become a folksinger in New York City ‘ but that was 1964 ‘ that’s not exactly yesterday, is it?! But it was the beginning of a musical career that would span 40 years, fulfilling a dream of mine from the time I was in high school even to the present time. When I arrived in NYC I met Stephen Stills, and together we would become a part of a folk group in Greenwich Village called the Au Go Go Singers, named after a famous folk club in the City. The Au Go Go Singers recorded one album together before breaking up and going their separate ways. Buffalo Springfield – Stephen Stills, Neil Young, Bruce Palmer, Dewey Martin, and Richie Furay. Shortly after that I became aware of the music that was being made on the west coast when a friend introduced me to the Byrds. I was working at an aircraft engine company at the time and decided right then and there I had to be making music, so I got in touch with Stephen who had moved out to California. It wasn’t long until I arrived there myself to start another band with him. It would be several weeks before we would ‘hook up’ with another mutual friend we had both met along the way: Neil Young, and the beginning of the Buffalo Springfield was about to steamroll onto the southern California music scene. Poco – Timothy B. Schmit, Richie Furay, George Grantham, Rusty Young, and Paul Cotton. The group would consist of the three of us along with Bruce Palmer and Dewey Martin. The Buffalo Springfield would be short lived, making only three albums and lasting two years. From that time on, the careers of Stephen and Neil are well documented, and I would start a new band, Poco, with my friend Jimmy Messina (producer, engineer and musician). Together with Rusty Young (no relation to Neil), George Grantham and Randy Meisner we would create the template for the modern country rock sound that influenced and launched the careers of such groups as the Eagles, Pure Prairie League and many others. Messina and Meisner would leave the band early in its existence, opening the door for Timothy B. Schmit and Paul Cotton who would take their places in the lineup. I recorded six albums with Poco before I left to explore other avenues of music, recording two albums with Chris Hillman (Byrds / Flying Burrito Brothers) and J.D. Souther calling ourselves the Souther Hillman Furay Band (along with Al Perkins, Paul Harris and Jim Gordon). 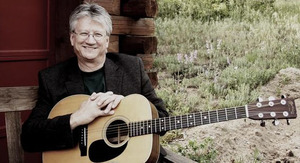