Rick Estrin and the Nightcats

Rick Estrin ranks among the very best harp players, singers and songwriters in the blues world today. His work on the reeds is deep in the tradition of harmonica masters Sonny Boy Williamson II and Little Walter Jacobs, while at the same time pushing that tradition forward. The Associated Press called his harp playing, ‘endlessly impressive.’ The great guitarist Robert Lockwood, Jr. (who was schooled by Robert Johnson and who played on most of Little Walter’s Chess recordings) told Estrin, ‘Little Walter would be very proud of you.’ His award-winning original songs have been favorably compared with those of Willie Dixon and the team of Leiber and Stoller. And his hipster, street-smart vocals are the perfect vehicle for driving his songs home. For more than 30 years and nine albums, Rick fronted the jumping, swinging Little Charlie & The Nightcats, featuring guitarist Little Charlie Baty. With Baty’s recent retirement from touring, Estrin — along with the Nightcats longtime rhythm section of J. Hansen and Lorenzo Farrell and a new member, fiery guitarist Kid Andersen — takes the lead on his own. The band’s debut album, Twisted, while still swinging the blues, is a harmonica-driven, rocking, guitar-fueled rave-up. Featuring 14 songs (including 10 Estrin originals, two by Kid Andersen, one by Hansen, and a superb band-created instrumental), Twisted showcases Rick’s seemingly effortless command of the harmonica, his streetwise vocals and his remarkable original songs. 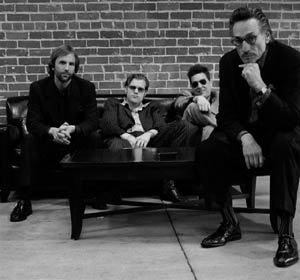