For many bands, and especially those who’ve been together for several years, recognizing maturation, progress or palpable evolution is a daunting task. Is it continued creative accomplishment that signals progression? Or perhaps it’s profitable commercial endeavors? The answer is often quite unclear. Six years, two albums and countless gigs after first forming as a band, River Whyless, the North Carolina-bred folk-rock outfit has discovered their evolution is a subtler albeit monumentally important one.

Deep in the throes of writing and recording their bold new album, Kindness, A Rebel, the four musicians reached a necessary and collective understanding. Namely: this band is their lifeblood, their family and their love. To that end, with unspoken acceptance, the members of River Whyless, each songwriters in their own right, collectively put aside their respective egos, coalesced around each other’s creative vision, and fully embraced the beauty of their enduring partnership.

“It was a feeling of openness and hope and acceptance,” says singer-violinist Halli Anderson of the multi-week sessions with producer Paul Butler (Devendra Banhart, Michael Kiwanuka) that resulted in some of River Whyless’ most dynamic, genre-bending and heartfelt material yet. Creatives regularly waver between honoring their own creation and rallying around larger ideas for the benefit of the group. But with every member of River Whyless now charting a life outside the band, and also writing on their own, when coming together to record Kindness it was never more crucial they be open and honest with each other.

To that end, singer-guitarist Ryan O’Keefe remembers an early brainstorm session that saw all four musicians seated in his living room, each passing around their phones to hear rough sketches of songs the others had written. And while each member acknowledges one of their self-penned songs may not have ended up on the album, working together as a group to land on the best River Whyless songs — the ones that speak to hope and betrayal, maturation and stalled momentum, the kinds of weighty topics their younger selves could never have taken stock of — was essential to both create a killer album and, more importantly, move forward as a united band.

“We’ve reached a point where we just understand that the songs are more important than the egos,” says drummer Alex McWalters. Adds O’Keefe bluntly: “This album gets to a deeper area than any of our others before it.” Working with a dynamic producer like Butler had already pushed River Whyless out of their comfort zone. “He pulled out elements of our writing that maybe we were timid about doing,” O’Keefe offers. But it was the experience of working on one specific track, in particular – the opening “All of My Friends” – that best exhibited how much the band had grown. Having scrapped the electro-driven song when Butler took an initial disliking to it, Anderson “had to do what I call my walk of abandonment,” she recalls. “I tried to accept the fact that this song wasn’t going to make the record. So I let go of the song.” 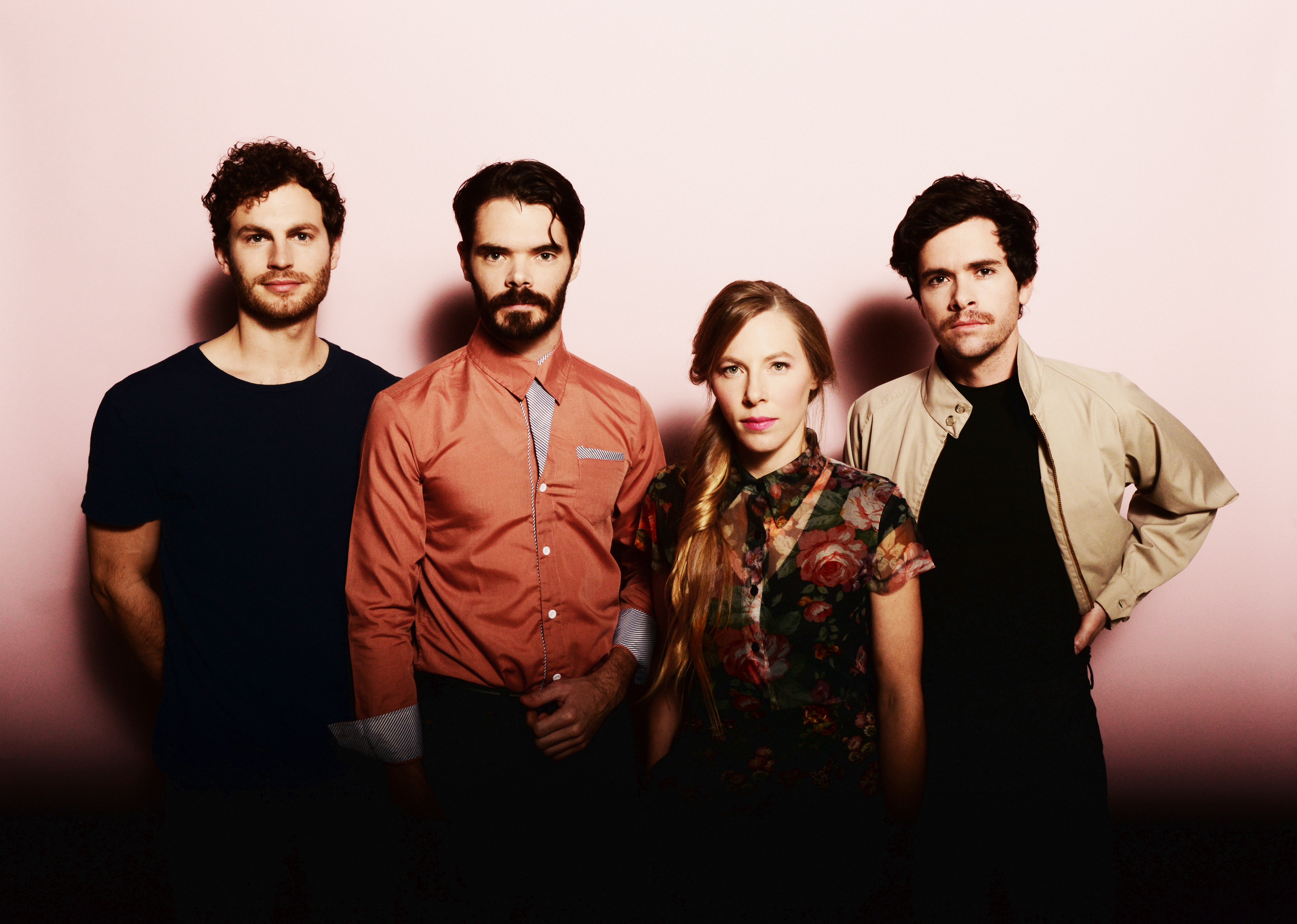