Following the path of fame taken by blues-based rockers like Johnny Winter and Stevie Ray Vaughan, Cray became a sensation, leading his band in concerts at large arena and rock festival. He was the first African American artist since Jimi Hendrix to rise to such fame in rock music. Was there a change in the band’s direction or had the blues arrived again into the mainstream after more than three decades of being forgotten by radio? “We were doing blues and Rand B from the first,” Crays says. “That’s just part of what we do. If you’re writing a tune it’s only natural to grab something from someplace else. You’re gonna put in some soul changes and some jazz, something you’ve been listening to. With what we do there’s a whole lot of room to move.”Clapton’s admiration for Cray led to a writing collaboration on the hit “Old Love,” which featured Cray on guitar. A call came from Rolling Stone guitarist Keith Richards who asked him to be in the film he and Steve Jordan were producing about the rock guitarist Chuck Berry, “Hail! Hail! Rock ‘n’ Roll.” Concert footage in the film features Richards, Jordan, Clapton, Julian Lennon, Linda Ronstadt and Etta James. Cray performs “Brown Eyed Handsome Man” with Berry. Dressed in a baby blue tuxedo jacket, the young guitarist is the epitome of the tune’s title. Cray also performed on the Tina Turner TV special “Break Every Rule.”
During the 90s the Cray Band was featured in concert with artists like Clapton, the Stones, John Lee Hooker, BB King and Bonnie Raitt, who declared that the band leader is “an original; he’s passionate, he’s a bad ass and puts on one of the best shows you’ll ever see.”

Amidst these accolades, soaring record sales and a packed touring schedule the Cray Band recorded six CDs in the 90s. Cray produced Shame + A Sin, which referenced his blues roots, in 1993. It was followed by two more self-produced recordings, Some Rainy Morning and Sweet Potato Pie. Recorded in Memphis and featuring the famed Memphis Horns Sweet Potato Pie was the Cray Band’s most soulful album to date. The next recording Take Off Your Shoes delved even deeper into Memphis sounds of the 60s. “That was definitely a soul record,” Cray says. “I’d already been writing songs, Jim (Pugh, who was keyboards with the Cray Band from 1989 to 2014) was writing songs, leaning toward soul. Steve (Jordan, producer) heard them and put the icing on the cake.” Jordan, who subsequently produced the Cray Band’s In My Soul, Shoulda Been Home and the first CD in 4 Nights of 40 Years Live, also brought the personification of Memphis soul to the recording session, Willie Mitchell, to help with arrangements for the Memphis Horns. Mitchell discovered and first recorded Al Green along with other Southern Soul singers like Ann Peebles, O.V. Wright and Syl Johnson for the famed Memphis label Hi Records. When he arrived at the Cray recording session, he brought not only the Memphis presence but also a present. “Willie came over – he was wearing a gold jacket – and gave me this song, ‘Love Gone to Waste,’” Cray says. “Then we put some final touches on the CD at his studio in Memphis. It was a great opportunity to see Willie in the studio.” 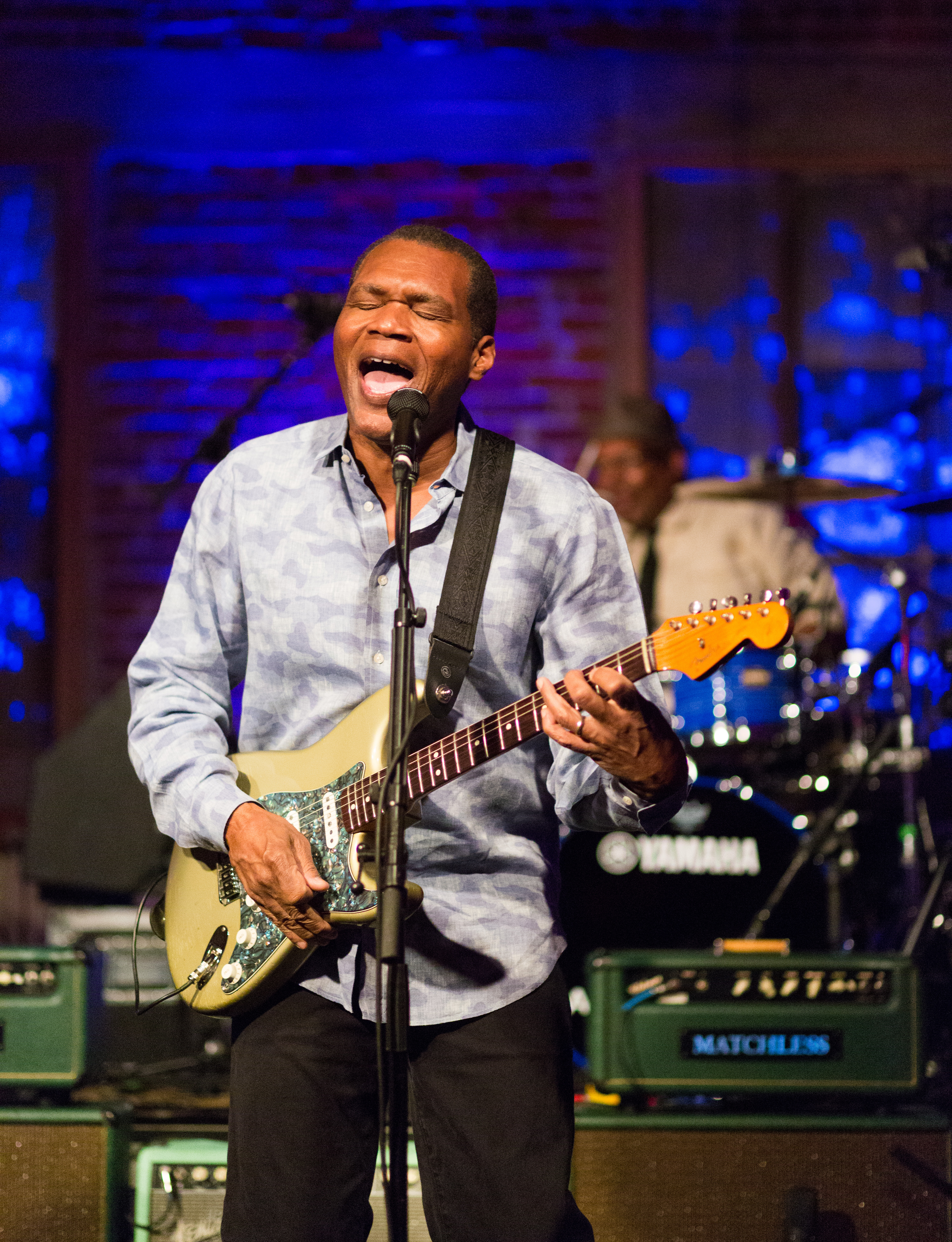