Back in the early 1960s, Roy learned his craft from the legendary blind street singer, Reverend Gary Davis, who was thrust into the national spotlight when Peter, Paul, and Mary recorded his song ‘If I Had My Way.’ After two years of traveling the folk-blues circuit with his mentor, Roy struck out on his own. Along the way, he befriended Pink Anderson, an old Carolina medicine show performer (who by the way was the ‘Pink’ in Pink Floyd. Pink’s stories and songs will forever be kept alive as long as Roy has a stage to perform on… In his travels, Book Binder has run across quite a cast of characters, including three peg-legged dancers, and a 90 year old classic blues singer with a sparkling smile, who was known as, ‘Diamond Teeth’ Mary (Bessie Smith’s half sister). All of these characters have become a part of a ‘Roy Book Binder show’ which is a hilarious educational experience not to be missed! 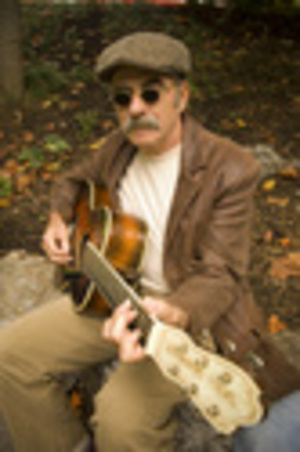