Celebrating our 15th Anniversary with Samantha Fish.  Only in her mid-20’s, Samantha Fish has already released two CD’s, played all over the world, and shared the stage with well established to the legendary artists from Tab Benoit and Johnny Lang to Buddy Guy.

Label mate and sometimes touring buddy, Mike Zito has long championed Samantha, produced her critically acclaimed albums, Runaway and Black Wind Howlin’ (2013).  Samantha’s had a master’s class in a wide variety of the blues. Her work ethic is unquestioned and her love for performance is obvious.

Boys will be boys it’s a powerful thing

All that ambition and passion paid off in 2012 when Samantha won a Blues Music Award for Best New Artist Debut for her 2011 release Runaway (Ruf Records). The wonderful critical praise, winning fans at shows and all the long hours driving came to a shining moment that put more fuel into her fire. This desire is now revealed with Wild Heart as the pivotal moment in her budding career.

Always yearning to learn, Samantha soaked in this experience like a sponge from the songwriting sessions to the final background harmonies.  As her songs came together, it was suggested for her to collaborate with another songwriter she jumped the opportunity. Last summer she traveled to Nashville and wrote with accomplished songwriter Jim McCormick, whose songs have been cut by Trisha Yearwood and Keith Urban. A native of New Orleans, Jim has a flare for blues-boogie and full throttle vocalization to haunting melodies that gave Samantha a chance to growl. 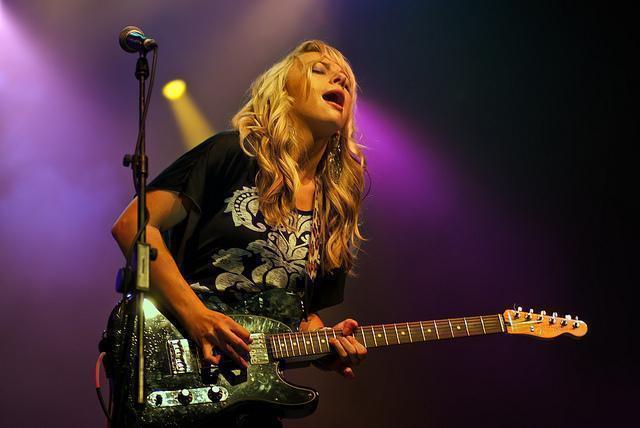