Sarah Jarosz’s music – from her own original material to her exquisite interpretations of songs by others – seems to exist outside any frame of reference, managing to weave time-honored tradition with a bold, adventurous spirit of discovery and independence. Sarah has attracted fans of folk, rock, country and old time music with her voice and multi-instrumental abilities, not only through her records, but also an aggressive touring schedule. With her first two records each earning Grammy and Americana Music Association nominations, and previously having won four Austin Music Awards, the bar is set high for this next album. One thing is for sure-it is certain to measure up to the standards that she sets for herself. 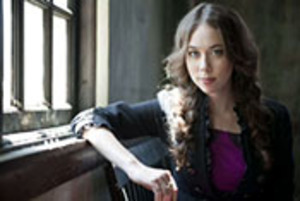