“I really like that word,” Sarah Jarosz says of the title of Undercurrent, her fourth Sugar Hill album. “If you look up the definition, it’s ‘an underlying feeling or influence’ or ‘a flow of water moving below the surface.’ To me, that really encompasses the feeling behind this record.”That evocative imagery is appropriate for Undercurrent, whose 11 original songs seem to reveal new lyrical depth and sonic nuance with every listen. A gifted multi-instrumentalist, a singularly expressive vocalist and a songwriter of rare insight, Sarah Jarosz has been described by The New York Times as “one of acoustic music’s most promising young talents: a singer-songwriter and mandolin and banjo prodigy with the taste and poise to strike that rare balance of commercial and critical success.”

Although it’s her fourth album, Undercurrent is a milestone for Jarosz in more ways than one. It’s her first release since graduating with honors from the New England Conservatory of Music, and her first since relocating to New York City.

Jarosz spent much of 2015 touring widely as one-third of I’m With Her, the mini-supergroup she shares with kindred spirits Sara Watkins and Aoife O’Donovan. “After singing my own songs for so many years, it was eye-opening to shift gears and be a part of something different,” Jarosz observes. “We’ve only been a band for a year, but I’ve learned so much from it already, and I definitely brought some of those lessons to Undercurrent.

Nashville duo 10 String Symphony began as a partnership of mutual admiration­­ a much needed creative release valve for Rachel Baiman and Christian Sedelmyer, two 5­string fiddle players and veteran sidemen of Nashville’s music scene. Rachel, a former Illinois state fiddle champion in the old time tradition, needed an outlet for the new sort of songs she was writing, while Christian, originally a classically trained violinist, now a current touring member of the Jerry Douglas Band, was looking to get in touch the impetuous spirit of the rock bands he played in before his arrival in Nashville. With the love of the 5­string fiddle and its musical possibilities as its focal point, the band’s mission statement was as clear as it was expansive:
Two fiddles. Two Voices. Epic music. 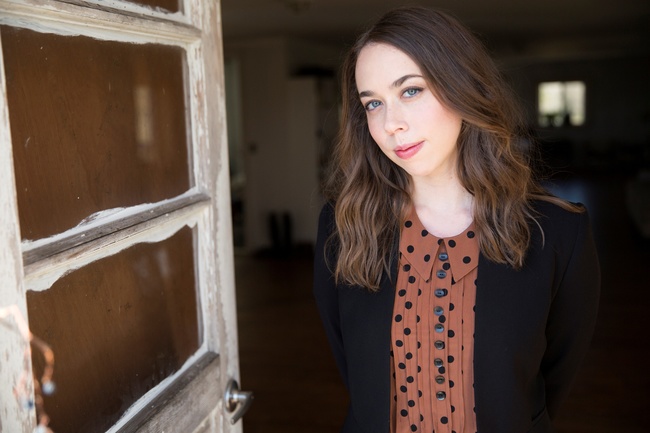