Shaun Hague is a man of many, many talents. By day, he books bands into a 280 cap venue by the beach and writes articles for the likes of Acoustic Guitar magazine. By night,he is either onstage performing live or ripping some licks in a session. Hague, now 27 years young, has built quite the resume in the last decade of his life. At just 17, Hague was named ‘The Best Young Guitarist’ by The House of Blues and by 21, the young guitarist was playing guitar for blues phenom Kenny Wayne Shepherd. In the past 3 years alone, Hague has played guitar for Amos Lee, Terra Naomi,performed on Jay Leno and sat in with John Fogerty. To kick of 2011, Hague is moving ever so slightly away from the sideman role and going out on his own terms. The New Year will see some local & national touring in support of his forthcoming EP and a better concentration on his own solo work. 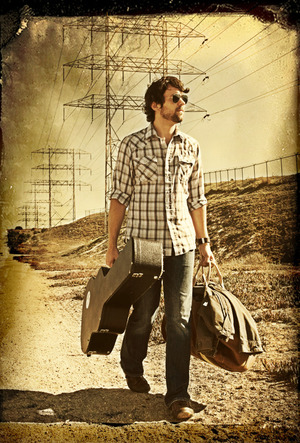