Sisters Shelby Lynne and Allison Moorer, now with twenty-four albums and Grammy, Oscar, and many other kinds of awards and nominations between them, share that kind of transcendent musical bond.

Not Dark Yet is not a duet record. It is no ordinary collaboration. It is not a creation, but rather a celebration of something that has always been, two voices becoming one and finding home within each other.

We expect this show to sell out, so get your tickets before it’s too late.
The Narrows Center is a BYOB venue with free parking and general admission seating. 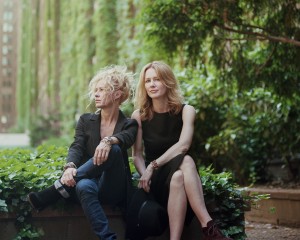