“Copeland is a powerhouse, a superstar…she can do no wrong.” – Rolling Stone
Shemekia Copeland never holds back. Her instantly recognizable voice — capable of being sultry, assertive and roaring — delivers every song with unparalleled honesty and passion. Her wide-open vision of contemporary Americana roots and soul music showcases the evolution of a passionate artist with an up-to-the-minute musical and lyrical approach. With her new Alligator Records album, America’s Child, Copeland confidently announces an electrifying new chapter in her constantly evolving story. Produced by Americana Instrumentalist Of The Year winner Will Kimbrough (who also plays guitar on the album) and recorded in Nashville, America’s Child is a courageous and fiery statement of purpose, a major step forward for the singer whose musical consciousness continues to expand as her star continues to rise.
America’s Child is by far Copeland’s most compelling work yet, with music swelling beyond blues and into spirited Americana, with elements of rock, soul, and country. From America’s Child’s anthemic opening track, Ain’t Got Time For Hate, to the closing lullaby, the traditional Go To Sleepy Little Baby, Shemekia sings with passion and insight about the chaos and uncertainty in the world while still finding joy all around her.
With guests including John Prine, Rhiannon Giddens, Mary Gauthier, Emmylou Harris, Steve Cropper, J.D. Wilkes, Al Perkins and members of the Time Jumpers, America’s Child bursts with Copeland’s bravado and embraces with her tenderness. Gauthier and songwriter/executive producer John Hahn wrote two striking songs for the project. Smoked Ham And Peaches is a search for truth and tranquility in America, featuring Giddens on African banjo. Americans celebrates our collective diversity in all its forms and colors. American music legend Prine joins Shemekia for a stirring duet on his own Great Rain. Guitar great Cropper adds his scorching playing to the ballad Promised Myself, written by Shemekia’s father, the late bluesman Johnny Clyde Copeland. And her version of I’m Not Like Everybody Else transforms the Kinks song into a blues – fueled declaration of independence.
Upon the birth of her son Johnny Lee Copeland in 2017, Shemekia, with fresh eyes, began to take an even deeper look at the state of the world. Of the new album, she says, “After having a child, I started thinking about the world I brought him into, how it actually is and how I wished it was and all the things he will have to go through. And to live in this world today, you have to have a strong foundation like I did to make it through. So that’s what ‘America’s child’ means to me. I’m truly grateful to all the artists that joined me on this record — it wasn’t about the genre for anyone, it was about the music and mutual love and respect.” 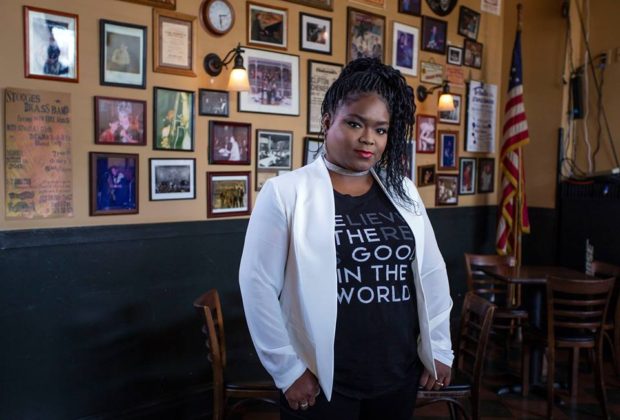