There aren’t many twenty three year old musicians that can say they’ve had a career that’s already spanned more than a decade, and there aren’t many at any age that can compare resumes with Sierra Hull. She was given her first mandolin at age 8. By age 11, Alison Krauss had called with an invitation to the Opry stage; by 12, Rounder was expressing interest (she signed a record deal with Rounder at 13, with her first album released at 16). She’s also played the White House, Carnegie Hall (twice), The Kennedy Center, traveled around the world sharing her music, and released three albums. Then there’s the fact that Berklee gave her the school’s most prestigious award, the Presidential Scholarship, a first for a bluegrass musician; her choice to accept it, to delay her dream of hitting the road full-time after high school in favor of expanding her musical worldview, was hardly a light one. Boundaries’age, genre or otherwise’don’t hamper an artist like Sierra. She’s already earned considerable respect in the bluegrass world, the IBMA’s voting members having nominated her for no fewer than eight awards’there’s a good chance she’ll be the first woman to win the mandolin category. But as a player, a singer and a songwriter, she also has remarkable range, the potential to win over ears unfamiliar with Bill Monroe. Matt Glaser’head of Berklee’s American Roots Music Program’put it this way: ‘She has no limitations as a musician.’ 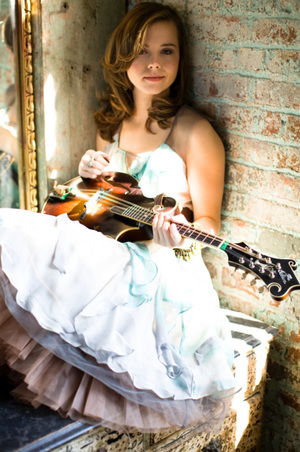