Simon Townshend delivers his uniquely personal, yet universally relatable songs with an intense emotional commitment that allows him to forge an instant connection with his audience. Whether he’s playing solo acoustic or with his band, Simon’s enthusiasm and passion for performing and sharing his music is undeniable. ‘There’s a certain nakedness. When you’re just standing on a stage with a guitar, it comes down to the bare bones. If the songs are strong, people really like it. It’s something that I love doing. In February 2014, Simon Townshend’s album DENIAL, his most personal and affecting work to date, will be released on his own STIR Music label. Many of the tracks on DENIAL were inspired by events surrounding his family: some joyful, some difficult, some tragic. ‘I couldn’t help writing. It was inspirational and, for me, the best medicine is writing because it heals me.’ Simon is currently busier than ever, receiving rave reviews for his work as guitarist and vocalist on The Who’s 2012/2013 Quadrophenia and More Tour. When not performing with The Who, he’s committed to an extensive solo touring schedule, highlighted by multiple sellout shows at Joe’s Pub in New York City and attaining the opening spot on Heart’s 2013 Canadian ‘Fanatic’ tour and Big Country’s 2013 UK ‘The Journey Tour.’ Most recently, at the invitation of both Jimmy and The Roots, Simon had a blast sitting in with the band on Late Night with Jimmy Fallon, Sept 11, 2013. 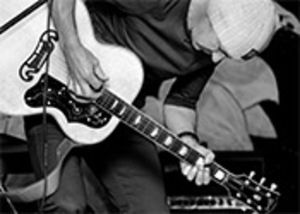