Slaid Cleaves spins stories with a novelist’s eye and a poet’s heart. Twenty years into his career, the celebrated songwriter’s Still Fighting the War spotlights an artist in peak form. Cleaves’ seamless new collection delivers vivid snapshots as wildly cinematic as they are carefully chiseled. Dress William Faulkner with faded jeans and a worn six-string for a good idea. ‘Slaid’s a craftsman,’ says Terri Hendrix, who sings harmony on ‘Texas Love Song.’ ‘He goes about his songs like a woodworker.’ Accordingly, Cleaves’ earthy narratives stand oak strong. ‘Men go off to war for a hundred reasons/But they all come home with the same demons,’ he sings on the album’s title track. ‘Some you can keep at bay for a while/Some will pin you to the floor/You’ve been home for a couple of years now, buddy/But you’re still fighting the war.’ Few writers frame bruised souls as clearly. Fewer still deliver a punch with such striking immediacy. Cleaves delivers equal measures of hope and resignation throughout this 2013 release as life lessons slide subtly through side doors. ‘Normally when I start writing a new batch, a theme starts to emerge after three or four songs,’ says Cleaves, who built an unlikely success story from scratch after moving to Austin, Texas, from Maine two decades ago. ‘This time around I thought, I’m just gonna write where the muse takes me and each song will be its own thing. So I ended up with a CD that has a bit more variety on it compared to my previous releases. Half the songs are about struggle and perseverance and half are all over the place, some tongue-in-cheek stuff, a gospel song, a Texas pride song.” 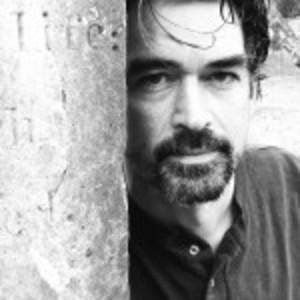