Since its birth in 1996, Solas has been loudly proclaimed as the most popular, influential, and exciting Celtic band to ever emerge from the United States. Even before the release of its first Shanachie CD, the Boston Herald trumpeted the quartet as ‘the first truly great Irish band to arise from America,’ and the Irish Echo ranked Solas among the ‘most exciting bands anywhere in the world.’ Since then, the praise has only grown louder. The Philadelphia Inquirer said they make ‘mind-blowing Irish folk music, maybe the world’s best.’ The New York Times praised their ‘unbridled vitality’, the Washington Post dubbed them one of the ‘world’s finest Celtic-folk ensembles’ and the Austin American-Statesman called them ‘the standard by which contemporary Celtic groups are judged.’ Solas is virtually unique in the new territory it has opened up for Celtic music. It has performed at all the major Celtic and folk festivals, including Philadelphia, Edmonton, the legendary National Folk Festival, and Milwaukee’s Irish fest; but also at Telluride Bluegrass Festival, and the chamber music summer series at Steamboat Springs, Colorado. It has performed at Symphony Hall, Wolf Trap, the Ford Amphitheater, and Queens Hall in Edinburgh, Scotland. In New York City, where the band was based in its early years, it has played at the legendary Bottom Line folk club, but also at vaunted classical venues Town Hall and Symphony Space. 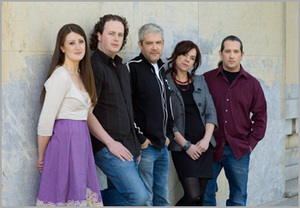