While best known as a beloved ‘American Idol’ finalist, Crystal Bowersox has become a stand out singer/songwriter whose work spans many genres, from blues and country to folk and rock. Since her season of wowing audiences around the world on season nine of ‘American Idol,’ Bowersox has released two records, the most recent being the country/soul accented ‘All That for This’ in 2013, which opened to widespread critical acclaim. This past fall, she branched out into Broadway, playing the lead role in ‘Always, Patsy Cline.’ Combining her powerful and dynamic vocals with her remarkably mature songwriting, Bowersox is described as, ‘Bluesy and soulful, with a voice incapable of artifice…’ (The Washington Post). Add-On VIP Package includes meet & greet, VIP laminate, exclusive picture, question and answer time, photo op, and an acoustic song performed by Crystal. This will take place one hour before doors open. Limited tickets available. 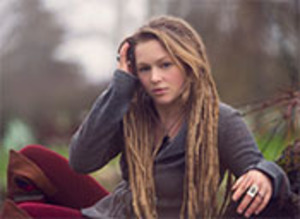