I’m an acquired taste in that my kind of music’s not for little kids,’ Texas singersongwriter Delbert McClinton says. ‘It’s adult rock ‘n’ roll. I write from the sensibility of the people I knew growing up, and I grew up with all the heathens, the people who went too far before they changed and tried to make something out of their lives. There are a lot of beautiful colors and sad stories and much-deserved joy in that.’ All those colors and stories, and all that joy, are richly present in McClinton’s New West album Acquired Taste. The collection is the musician’s fourth studio set for the label, and it succeeds his Grammy Award-winning Cost of Living (2005), which was named best contemporary blues recording by the Recording Academy. The album reunites McClinton with the producer who helmed his very first Grammy winner, Don Was. The multi-talented bandleader, bassist, and studio wizard recorded ‘Good Man, Good Woman,’ a collaboration with Bonnie Raitt that captured the best rock performance by a duo or group Grammy for 1991. Was came to the current project on the recommendation of New West president Cameron Strang, who had employed the producer on Kris Kristofferson’s widely praised 2006 album for the label, This Old Road. ‘Don and I had kind of a cosmic connection, because of Bonnie,’ McClinton says. ‘Then he and I got together and recorded a few things that were very, very good. I’ve been ricocheting off of him for about 17 years now.’ Was says, ‘Delbert’s an erudite, urbane sophisticate, wrapped up as a roadhouse singer. There’s nothing contradictory in his character ‘ he’s a real Texan. Neither the intellectual nor the roadhouse singer is a put-on. They come in equal parts. He’s one of a kind, he’s amazing. He defies the categories and slips right through.’ 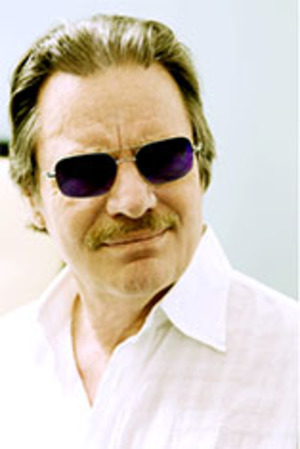