After a brief hiatus this past summer to welcome her first child into the world (named Mavis, after gospel great Mavis Staples), Eilen Jewell is hitting the road again with a live double album, ‘Live at the Narrows,’ which includes original songs and some of her favorite covers. Next year will also bring the release of Jewell’s fifth, full-length studio album, her first since 2011’s critically acclaimed Queen of the Minor Key. The yet-to-be-titled album was recorded with Eilen’s longtime road band, Jason Beek (drums/vocals), Jerry Miller (guitar), Johnny Sciascia (upright bass) and special guests in her hometown of Boise, Idaho. As the reigning Queen of the Minor Key, Jewell leads a tight quartet who blend influences of surf-noir, early blues, rockabilly, and 1960s era rock and roll. Over the past ten years Eilen has repeatedly toured North America, Europe, and Australia, and shared stages with Lucinda Williams, Loretta Lynn, Mavis Staples, Wanda Jackson, George Jones, Emmylou Harris, Blind Boys of Alabama, Chris Smither, Junior Brown, and many others. Eilen’s fans marvel at her warmth, unique wit, and onstage humor alongside her beautiful ballads and uptempo rockers. In addition to four of her own full-length albums, Jewell has released two albums with her country-gospel side-project, The Sacred Shakers, as well as a tribute album to Loretta Lynn. The Los Angeles Daily News wrote, ‘Sometimes as darkly damaged as Lucinda Williams, at others as defiant and teasing as prime Peggy Lee and always authentically Americana in the Gillian Welch tradition…. She’s mighty good.’ 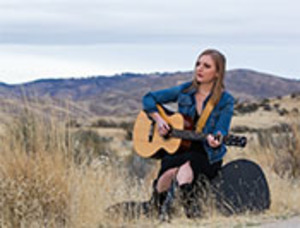