After a sold out performance in 2013, standup comedian and ‘Saturday Night Live’ alum Jim Breuer returns to the Narrows by popular demand! With over 20 years of bringing tears of laughter to people’s eyes, Breuer remains one of today’s top entertainers and continues to win over audiences with his off-the-wall humor and lovable personality. Named one of Comedy Central’s ‘100 Greatest Stand-Ups of All Time,’ Breuer is one of the most recognizable comedians in the business, known for his charismatic stage antics, dead-on impressions, and family-friendly stand-up. In addition to keeping busy on his current comedy tour, Breuer can be heard on his weekly Sirius/XM Radio show ‘Fridays with Breuer,’ featuring guests such as Jerry Seinfeld, Bill Cosby, Chris Rock, Dennis Leary, and Jeff Foxworthy. 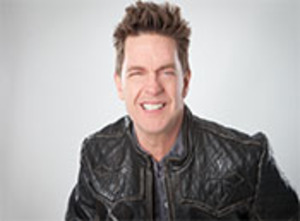