Over the course of his 30+ year, 15+ album career, Leon Redbone has continued his love affair with tunes from the turn-of-the-century (as in the second-to-last century), flapper-era radio ditties, Depression-spawned ragtime and World War II folk-jazz. Redbone’s career first gained momentum in the early ’70s when Bob Dylan sought him out at the Mariposa Folk Festival. Most folks were introduced to the man during his network debut on Saturday Night Live in 1976, where he showcased his indelible version of ‘Walkin’ Stick.’ In a year typified by amplified arena rock, Redbone’s intimate, low-key delivery proved to be a jolting antonym. Since then the opportunities for this unlikely figure to impose himself on pop culture have been plentiful. He appeared as a wise, animated snowman opposite Will Ferrell in the $173 million-grossing comedy ‘Elf’. His duet with star Zooey Deschanel on the seasonal standard ‘Baby, It’s Cold Outside’ served as the picture’s theme song. Over the years, Redbone has also provided TV title tunes to Mr. Belvedere and Harry and the Hendersons, and had a memorable guest role as a quixotic, guitar-wielding guardian to the character Corky on ABC’s critically acclaimed series Life Goes On. New York choreographer Eliot Feld recently created the ballets Mr. XYZ (featuring Mikhail Baryshnikov) and Paper Tiger, which were woven around Redbone’s signature songs. If there is one common element to Redbone’s diverse music it’s his mastery of his acoustic guitar. It is easy to get lost in his stage exploits (which often gravitate between vaudeville and performance art) and overlook what a truly fine player he is ‘ fingerpicking with a ragtime bounce or jumping between chords with the grace of a hurdler. (Maybe the analogy should be with the grace of a card shark, because he makes it look so effortless it can often be deceiving.) 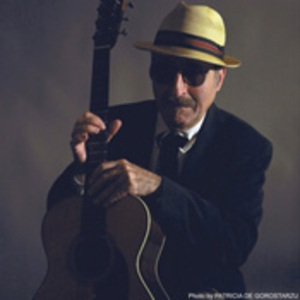