Leon Russell is a legendary musician and songwriter from Tulsa, Oklahoma who has been performing his gospel-infused southern boogie piano rock, blues, and country music for over 50 years. Leon led the famous Joe Cocker’s ‘Mad Dogs & Englishmen’ tour and performed with George Harrison and Friends at the Concert for Bangladesh. Leon has toured with Delaney & Bonnie and Friends, Edgar Winter, The New Grass Revival, Willie Nelson, and Sir Elton John. His songwriting credits include ‘A Song For You’, ‘Delta Lady’, ‘Hummingbird’, ‘Lady Blue’, ‘Back To The Island’, ‘Tight Rope’, and ‘This Masquerade’. Leon and Sir Elton John recorded a duet album produced by TBone Burnett, The Union, which was released October 19, 2010. The single, ‘If It Wasn’t For Bad’ was nominated for a Grammy Award for Best Pop Collaboration with Vocals. Capitol/EMI released a 16-track compilation CD, The Best Of Leon Russell, on April 5, 2011. Leon was inducted into the Rock and Roll Hall of Fame and given the Award for Recording Excellence in March 2011 and he was also inducted into the Songwriter’s Hall of Fame in June 2011. 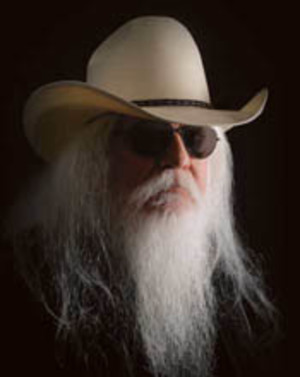