With seven studio albums under their belt, over three million records sold worldwide, and countless nights on the road, Rusted Root, transcends age, generations, cultures and musical styles. The powerhouse ensemble’s sweat-inducing and hypnotic live performances have allowed them to tour alongside Santana, Dave Matthews Band, Allman Brothers Band, Jimmy Page & Robert Plant, and The Grateful Dead to name a few. The band is also celebrating the 20th anniversary of their platinum selling ‘When I Woke’ so expect to hear a healthy dose of tunes from that release at the show. 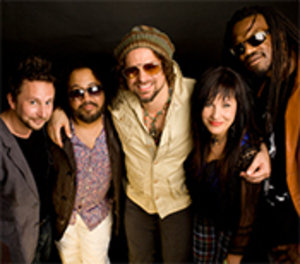