*SOLD OUT* The Zombies

The Zombies are an English rock band led by Colin Blunstone on vocals and Rod Argent on piano/keyboards. The band scored US hits in the mid- and late-1960s with ‘Time of the Season,’ ‘She’s Not There,’ and ‘Tell Her No.’ Their 1968 album ‘Odessey and Oracle’ is ranked 80 on Rolling Stone magazine’s list of the 500 Greatest Albums of All Time. The Zombies are also cited as being one of the most influential UK pop/rock bands of all time. Billy Joel, Paul Weller, and the band Badly Drawn Boy are just some of the artists that have been influenced by The Zombies. Aside from The Beatles and perhaps The Beach Boys, no mid-’60s rock group wrote melodies as gorgeous as those of The Zombies. For this special performance, The Zombies will be performing almost every single gem from ‘Odessey and Oracle,’ fan favorites, and hits from Blunstone and Argent’s solo careers, including the top 5 U.S. and U.K. hit ‘Hold Your Head Up.’ ADD-ON VIP MEET & GREET PACKAGE TICKETS Add-On VIP Package includes meet & greet, photo taken by a photographer that can be downloaded after the show, and signing of one item of memorabilia. VIP Meet and Greet begins promptly at 6:30 PM. 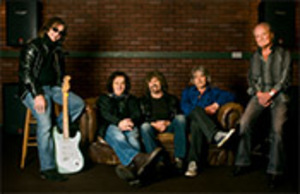