Two-time GRAMMY nominee Tommy Emmanuel is one of Australia’s most respected musicians. With a professional career spanning five decades, Tommy has garnered hundreds of thousands of loyal fans worldwide. His unusual talent and life are common lore in Australia: born into a musical family, Tommy got his first guitar at age 4 and was taught by his mother. He quickly learned by ear, with no formal instruction, and has never read music. By age 6 he was working as a professional musician in the family band (variously named The Emmanuel Quartet, The Midget Surfaries and The Trailblazers). By the age of 10, young Tommy had already played his way across Australia. Chet Atkins honored Tommy with the title of ‘Certified Guitar Player’ for his contribution to guitar music, a very rare distinction shared by only four other people in the world. After an amazing performance with his brother Phil at the Sydney Olympic Games Closing Ceremony, the world wanted to know who this mysterious Australian guitar virtuoso was. 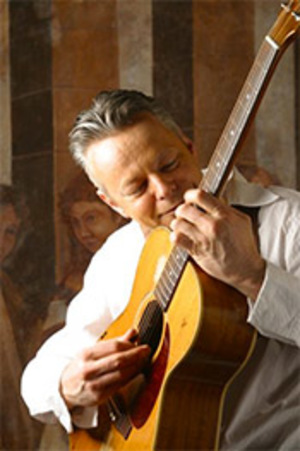