SOLD OUTCelebrating our 11th Anniversary with Toots and the Maytals Unplugged

[$1 from every ticket sold goes to The Toots Foundation] Toots and the Maytals, originally called simply The Maytals, are considered legends of ska and reggae music. Their sound is a unique, original combination of gospel, ska, soul, reggae and rock. Toots and the Maytals and began working with Chinese-Jamaican producer Leslie Kong, a collaboration which produced three classic albums and a string of hits throughout the late sixties and early seventies ‘ ‘Do the Reggay’, a 1968 single widely credited with coining the word reggae, ‘Pressure Drop’, ’54-46 was my number’ and ‘Monkey Man’, the group’s first international hit in 1970 . The group was featured in one of reggae’s greatest breakthrough events ‘ The Harder They Come, the 1972 film and soundtrack starring Jimmy Cliff, named as one of Vanity Fair’s Top 10 Best Soundtracks of all time. Toots and the Maytals remains a relevant influence on today’s global music scene with artists from Amy Winehouse to Sublime re-recording classic tracks. Toots recieved another Grammy nomination for his 2008 release ‘Light Your Light. In recent years Toots has toured with The Rolling Stones, Dave Matthews, Sheryl Crow and Los Lonely Boys $1 from every ticket goes to The Toots Foundation. 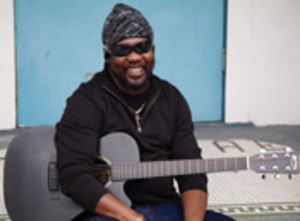