The Squirrel Nut Zippers sold over three million albums from 1995-2000 and their watershed record Hot was certified platinum.

Squirrel Nut Zippers’ Jimbo Mathus sets a revival afire with NOLA flavor… Beasts of Burgundy marks the band as exciting, vibrant, interesting, and subversive as it was two decades ago. – Charleston City Paper

Their musical journey began in Chapel Hill, North Carolina, in the mid 1990’s, as a musician’s escape from the cookie-cutter world of modern rock radio at the time. Jimbo Mathus, along with drummer/percussionist Chris Phillips, formed the band as a casual musical foray among friends and family in the area. It wasn’t long before the band’s quirky mix of jazz chords, folk music, and punk rock leanings spread out of the region and attracted a national audience.

Years later in 2016 and through chronicles of every kind, the band has emerged from a lengthy recording hiatus, reinvigorated, reinvested, and rejuvenated. With an all-star cast of New Orleans musicians, the band breathed new life in to the old material, and inspired Mathus to return to the studio to reignite the band’s unique, enigmatic sound.

A kind of uncontrolled experiment in music on the road allowed the band to feed off audiences energy and surrender to the dancing muse, rather than trying to subscribe to a preconceived notion. Their current critically acclaimed release Beasts Of Burgundy entails twelve original songs from the mind of Jimbo Mathus and the Squirrel Nut Zippers and is inspired by the city of New Orleans, the poet Ron Cuccia, and a disregard for convention. 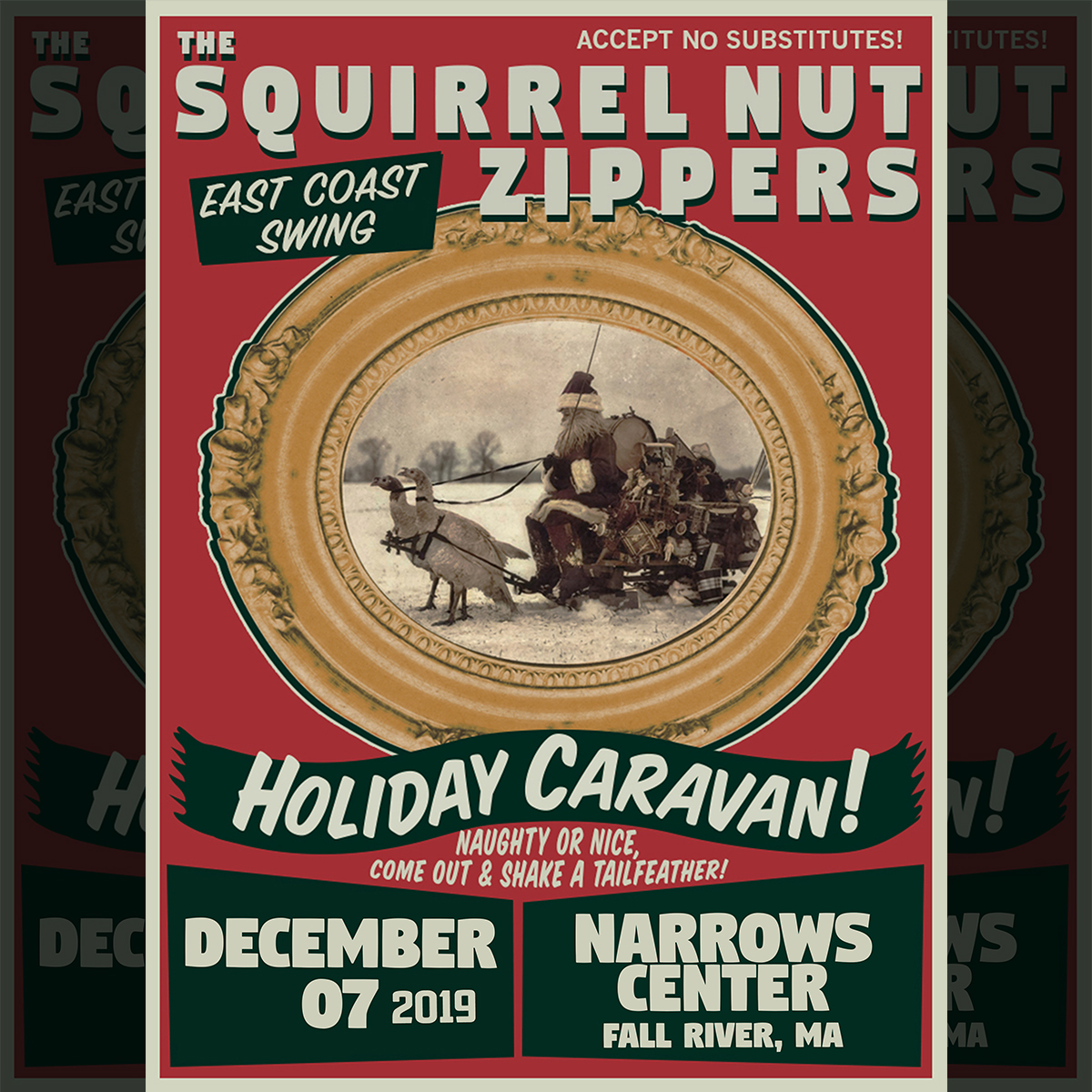