Widely regarded as one of the most brilliant songwriters of her generation, Suzanne Vega emerged as a leading figure of the folk-music revival of the early 1980s when, accompanying herself on acoustic guitar, she sang what has been labeled contemporary folk or neo-folk songs of her own creation in Greenwich Village clubs. Since the release of her self-titled, critically acclaimed 1985 debut album, she has given sold-out concerts in many of the world’s best-known halls. In performances devoid of outward drama that nevertheless convey deep emotion, Vega sings in a distinctive, clear vibrato-less voice that has been described as ‘a cool, dry sandpaper- brushed near-whisper’ and as ‘plaintive but disarmingly powerful.’ Bearing the stamp of a masterful storyteller who ‘observed the world with a clinically poetic eye,’ Suzanne’s songs have always tended to focus on city life, ordinary people and real world subjects. Notably succinct and understated, often cerebral but also streetwise, her lyrics invite multiple interpretations. In short, Suzanne Vega’s work is immediately recognizable, as utterly distinct and thoughtful, and as creative and musical now, as it was when her voice was first heard on the radio over 20 years ago. 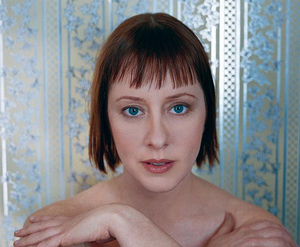